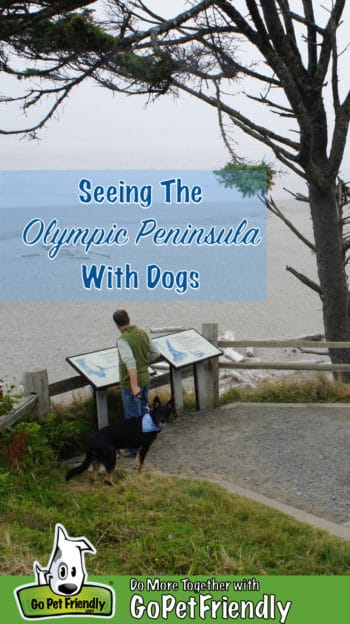 Surrounded by water on three sides, Washington State’s Olympic Peninsula is a study in opposites. The silence of the moss-covered woodlands contrasts sharply with the roaring wind and crashing surf of the beaches. Each has their own beauty, and both are beyond words. Combined they make the Olympic Peninsula an amazing place to visit with your dogs. 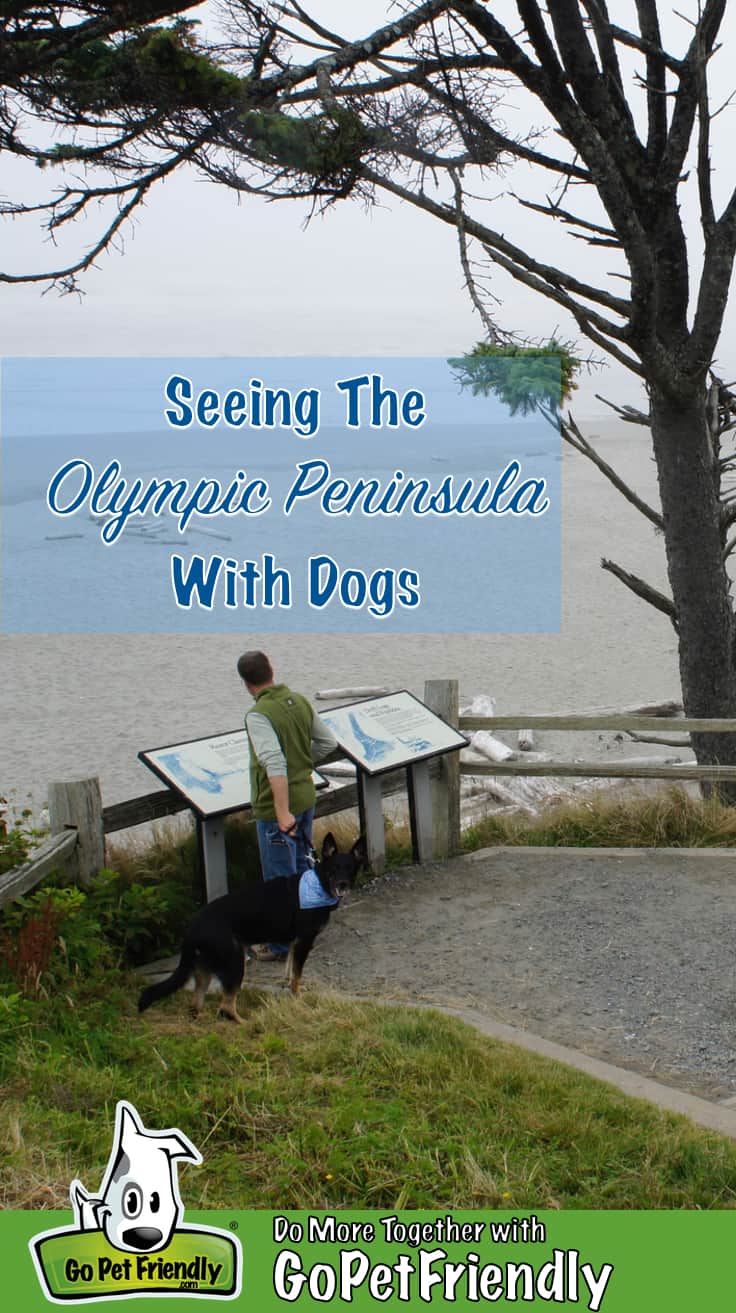 Exploring The Olympic Peninsula With Dogs

For your first trip to the Olympic Peninsula, start by getting the lay of the land. In the heart of the peninsula, Olympic National Park encompasses nearly a million acres. Towns and travel routes skirt the edges, abiding on the lip between the park’s boundary and the rugged beaches. And divisions of the Olympic National Forest form a near semicircle, with the national park at the core.

Mount Olympus rises nearly 8,000 feet from the center of Olympic National Park and, along with the rest of the Olympics, stirs the wild and ever changing weather that makes this area famous. With glacier-capped mountains, old-growth temperate rain forests, and over 70 miles of wild coastline it’s a nature lovers dream. In addition to all the parking lots, campgrounds, picnic areas, and roads, some trails and beaches in the park are pet friendly. And be sure to ask how your dog can become a BARK Ranger! 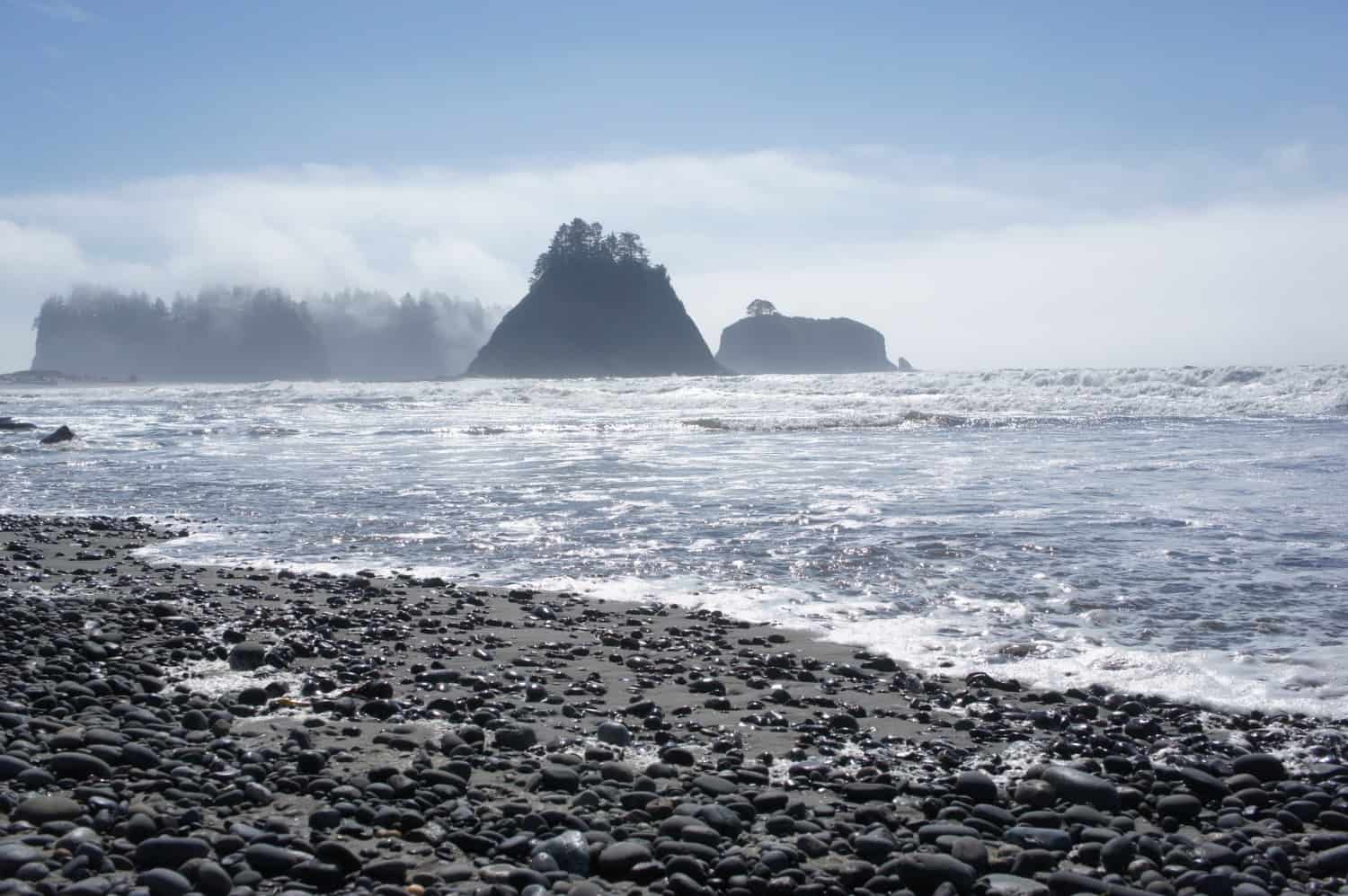 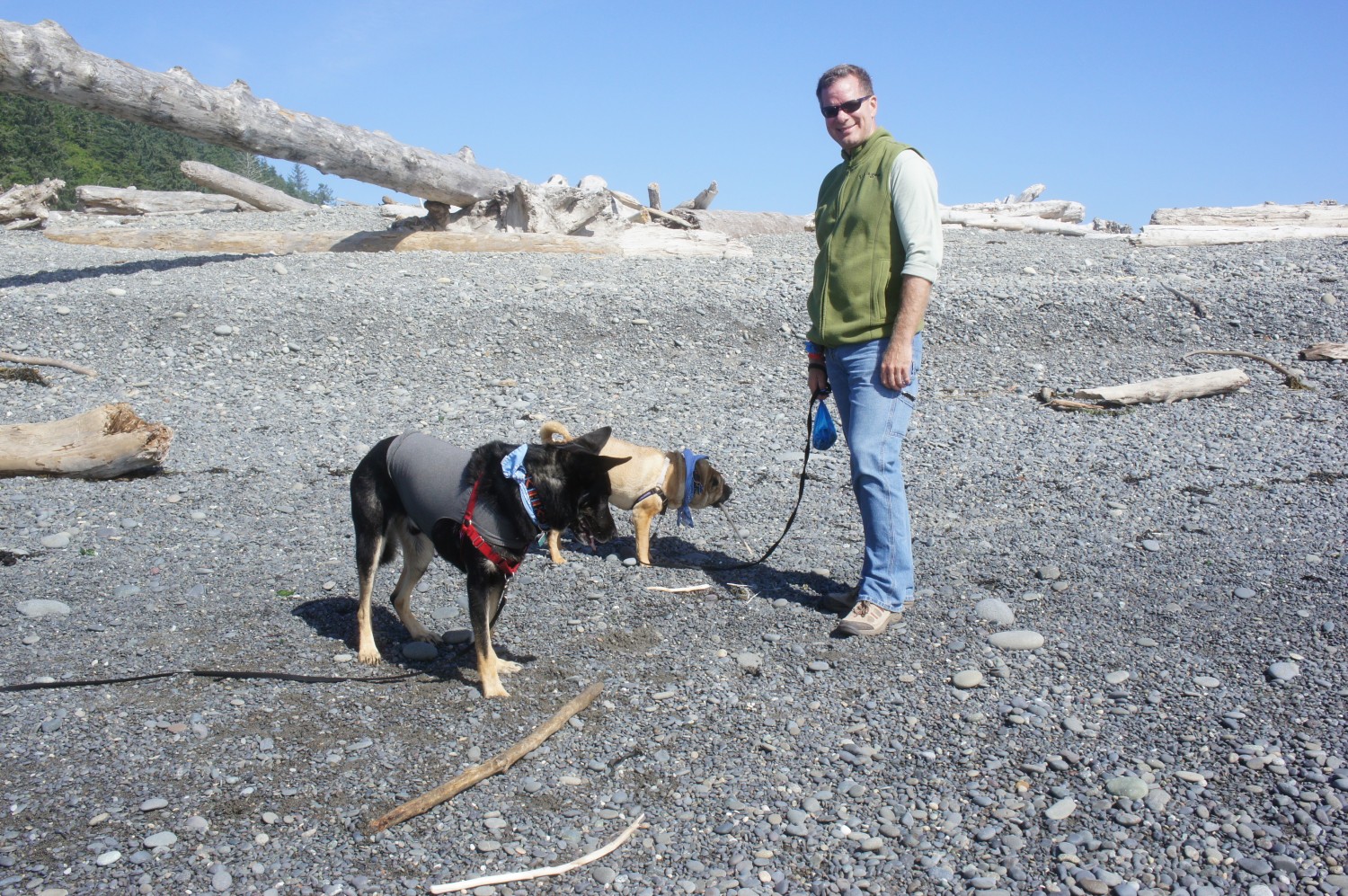 Located on the west side of Olympic National Park, the Hoh Rain Forest is one of the most popular destinations on the Peninsula. Once spanning the Pacific coast from southeastern Alaska to the central coast of California, this is one of the finest remaining examples of temperate rainforest in the United States.

Unfortunately, dogs cannot go on the trails in the Hoh Rain Forest. That is not unexpected given the unique habitat. But we’ve never seen a statement quite like the one posted on a sign at the visitor’s center:

“Dogs are natural enemies to all creatures of the forest. For the protection of your pet, as well as yourself and other hikers, pets are not allowed on the trails.”

That seems a little harsh. 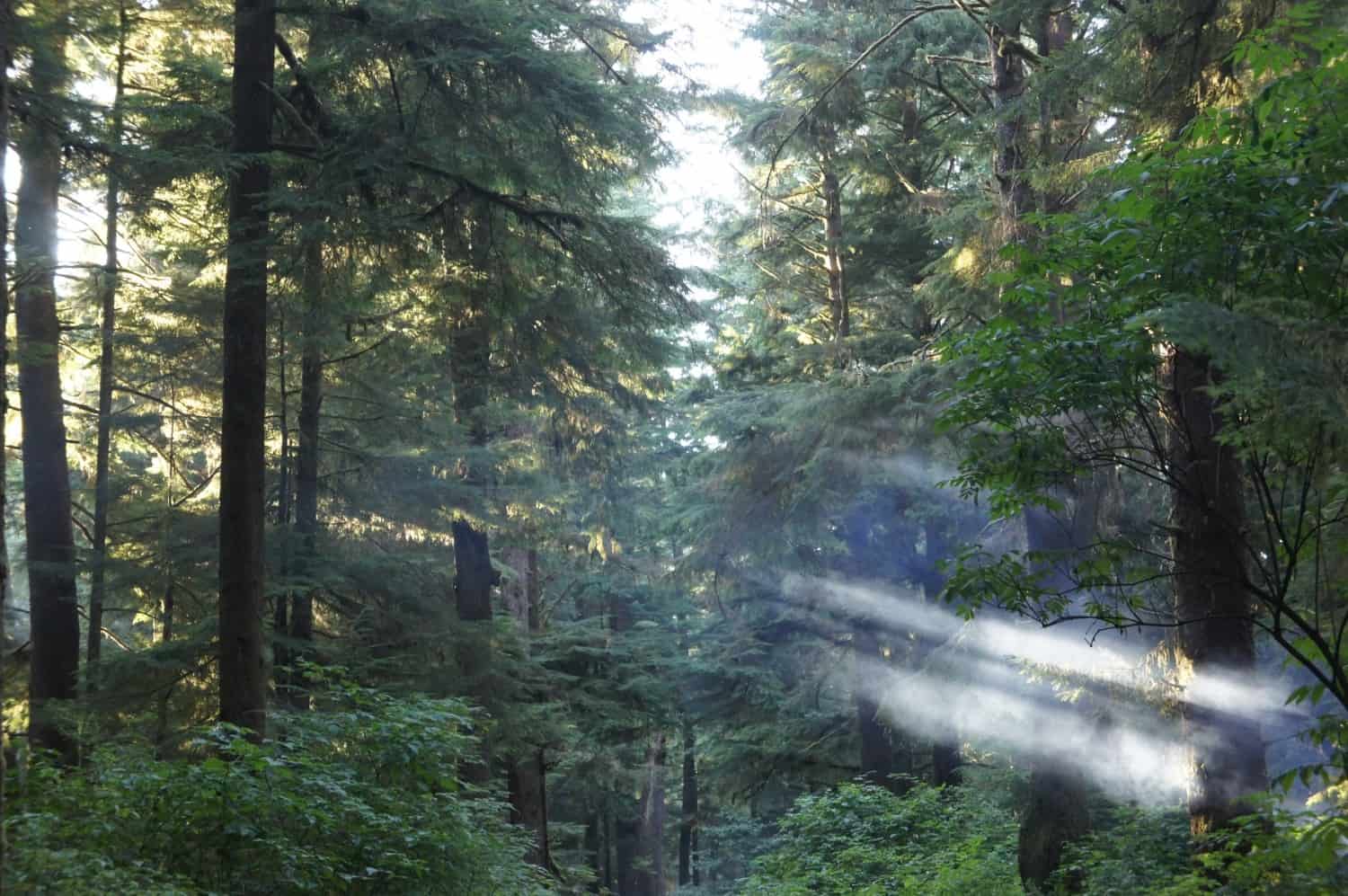 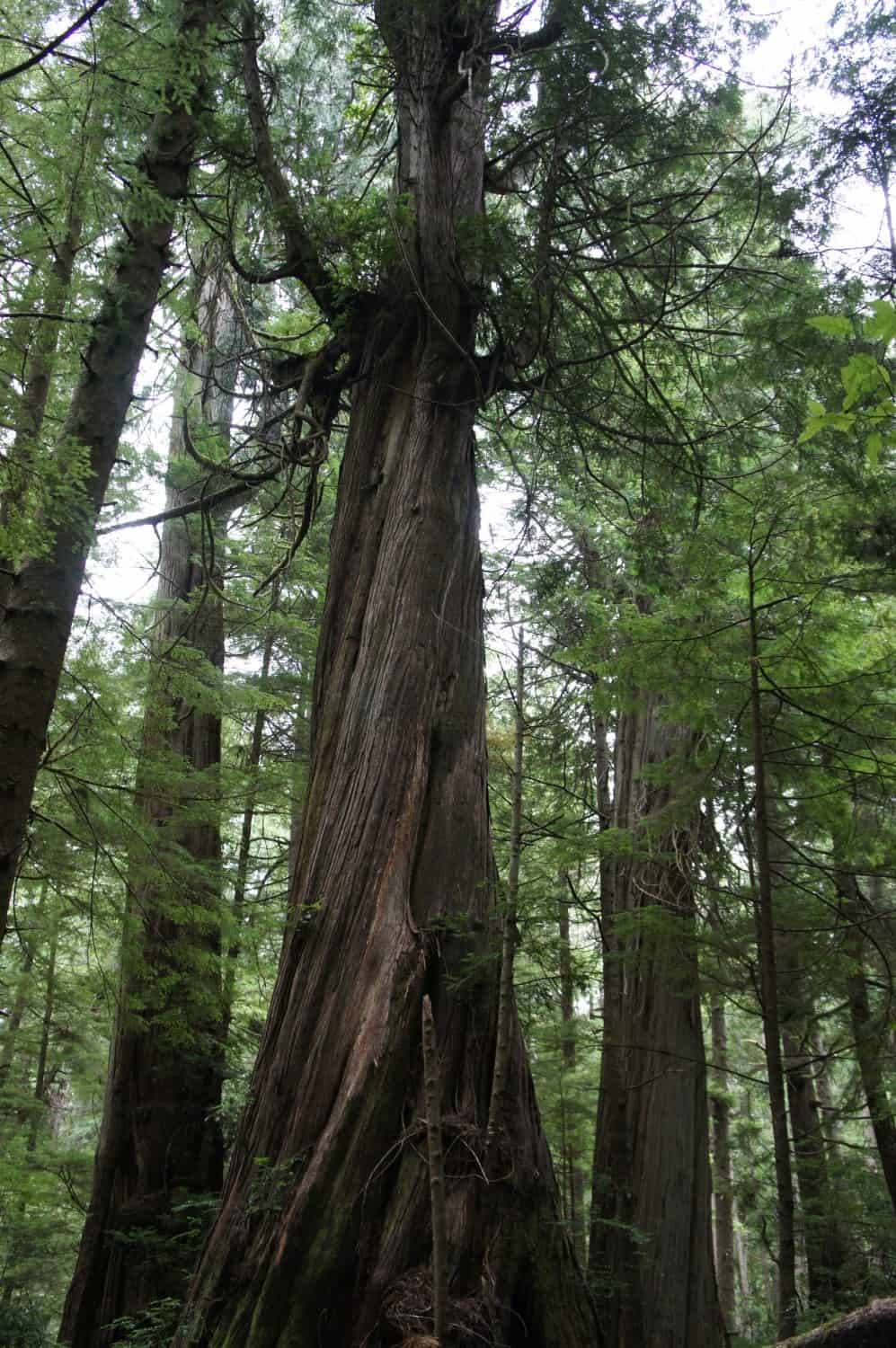 Olympic National Forest has over 250 miles of trails – and you can enjoy them all with your dogs! Whether you’re hiking a peak for a view of Puget Sound, or exploring the rivers and rainforests, the diverse landscapes are breathtaking. 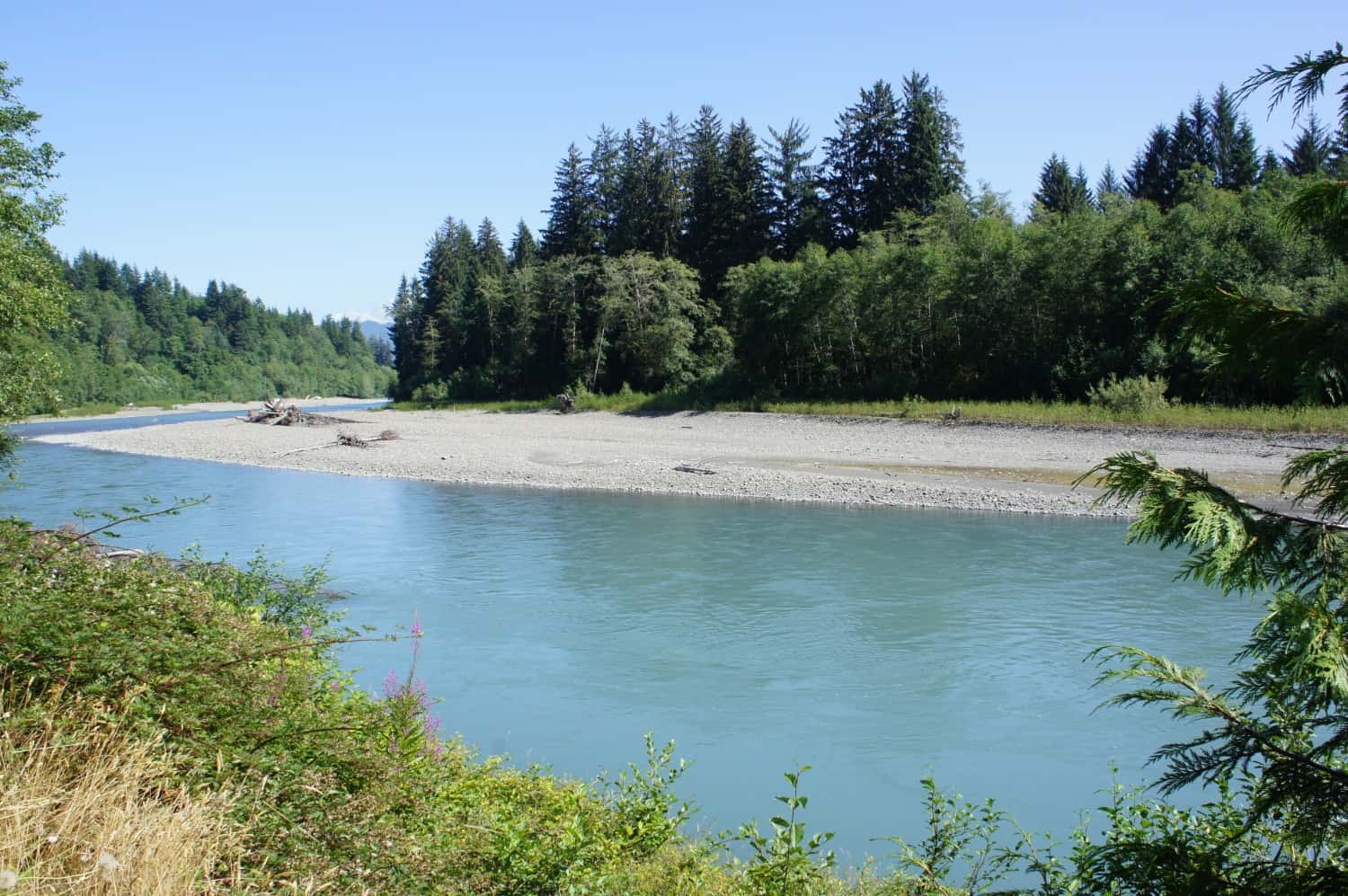 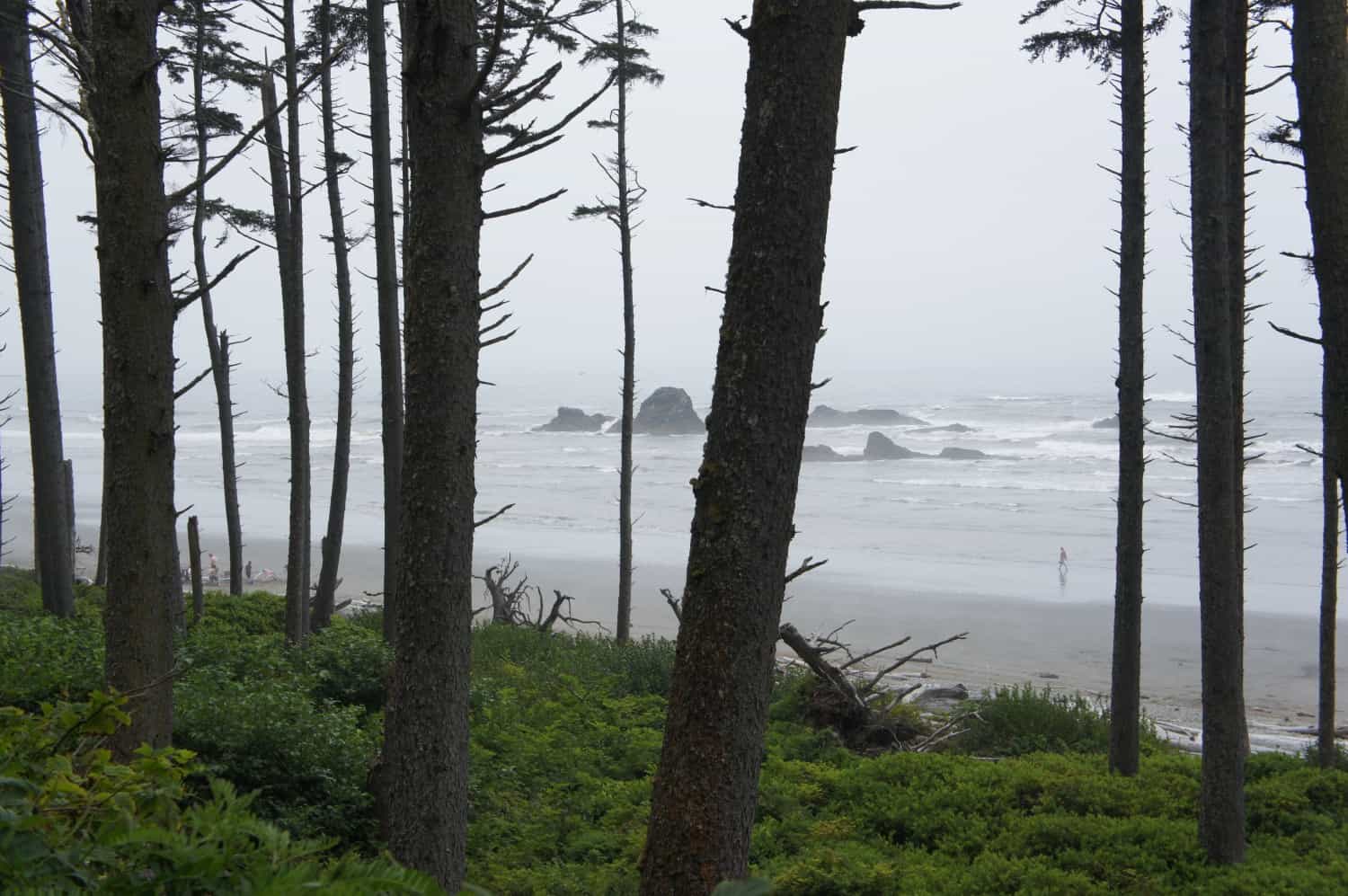 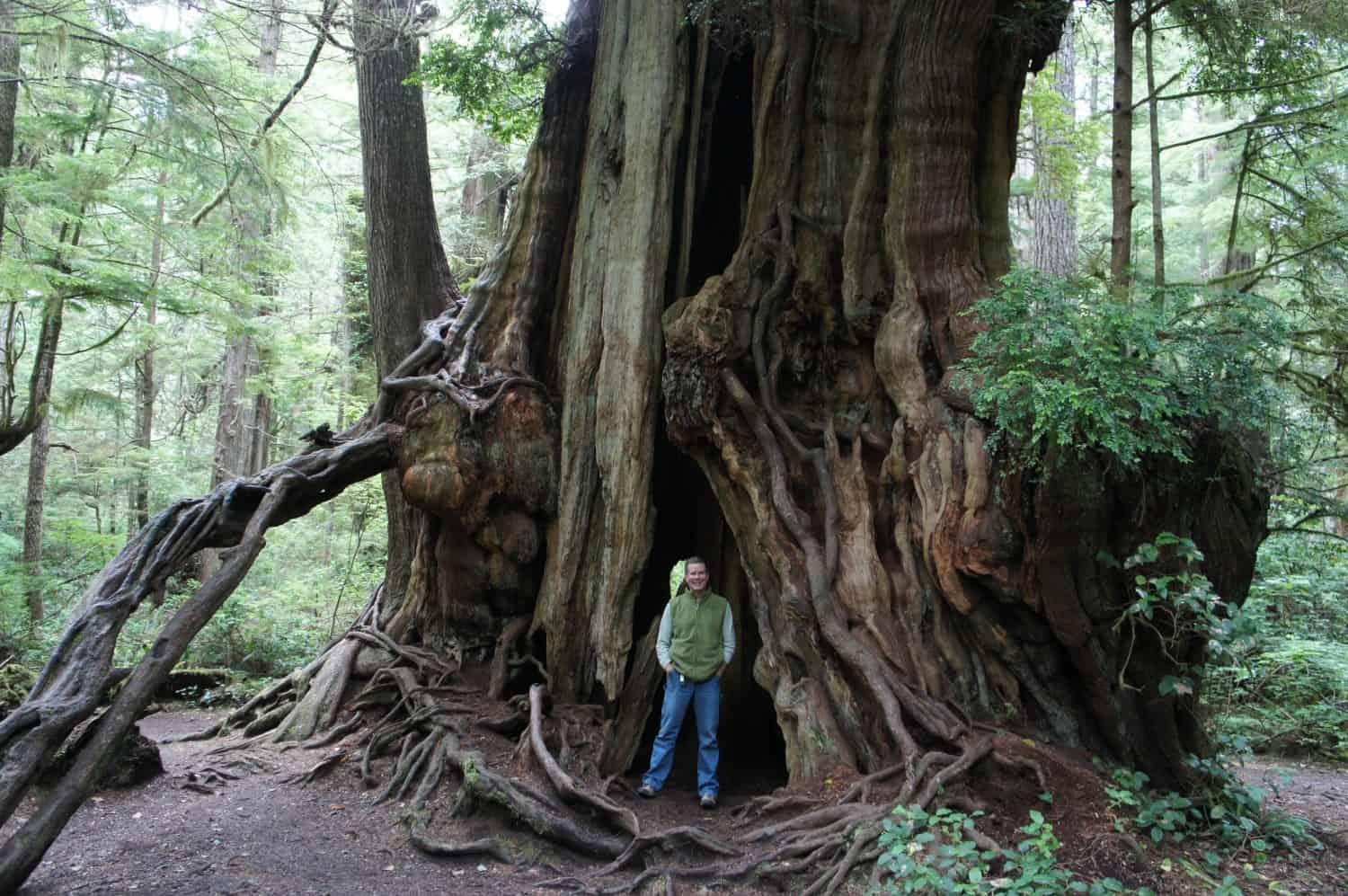 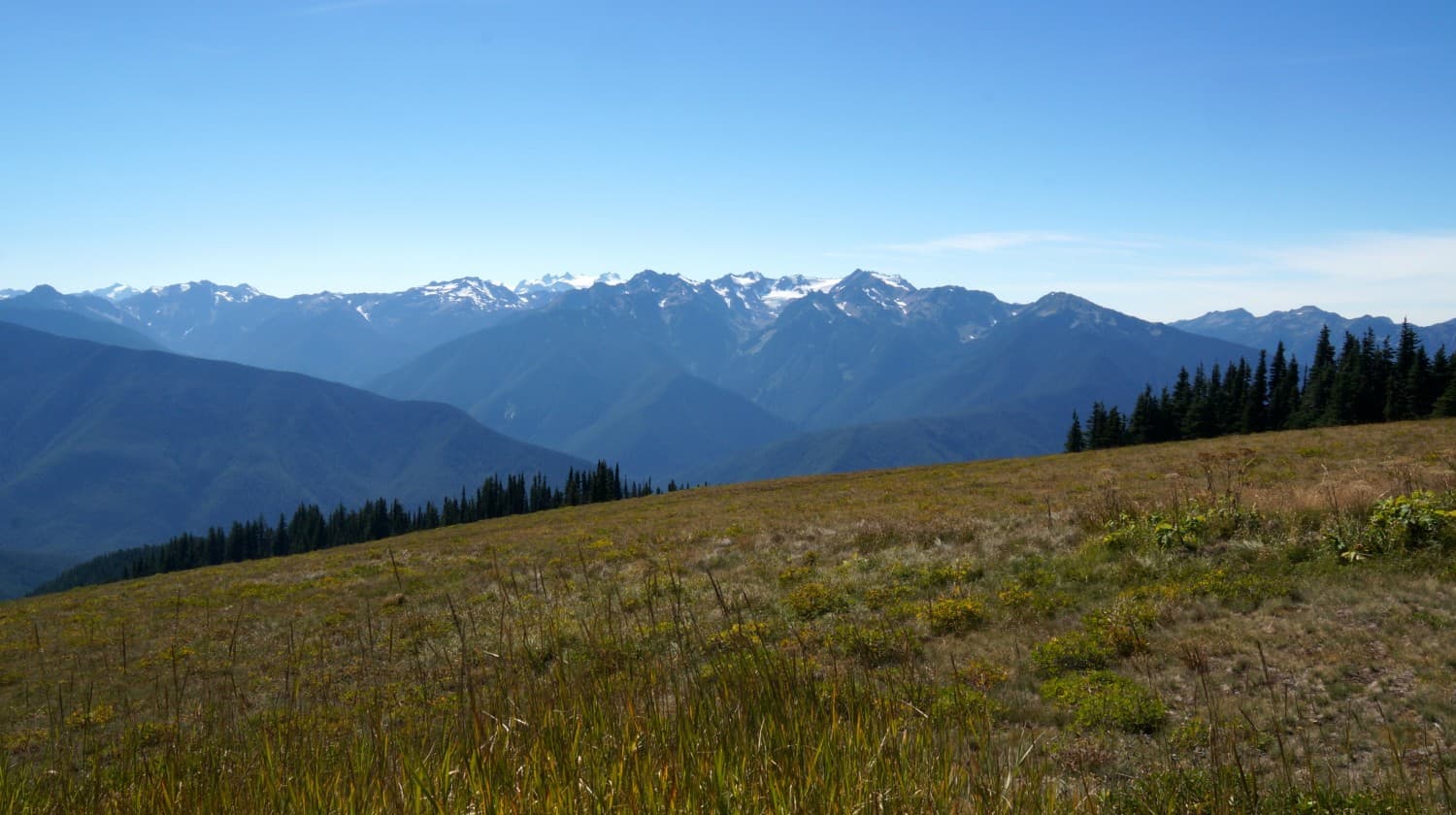 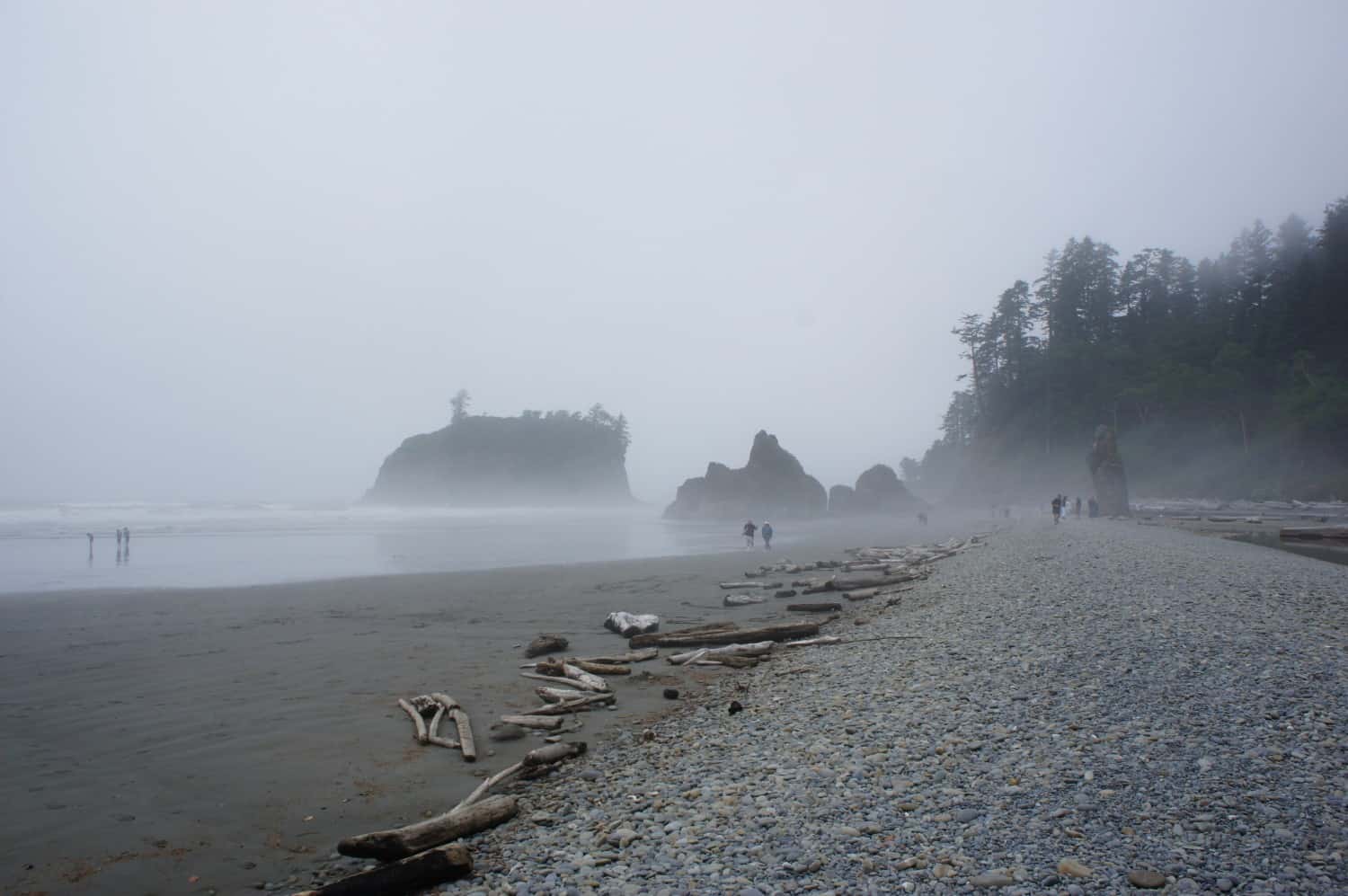 Fort Worden was an active military base until 1953. Now a 433-acre state park, it an interesting Olympic Peninsula attraction to explore with your dogs. Bunkers and gun batteries still occupy the strategic hilltops overlooking Puget Sound. 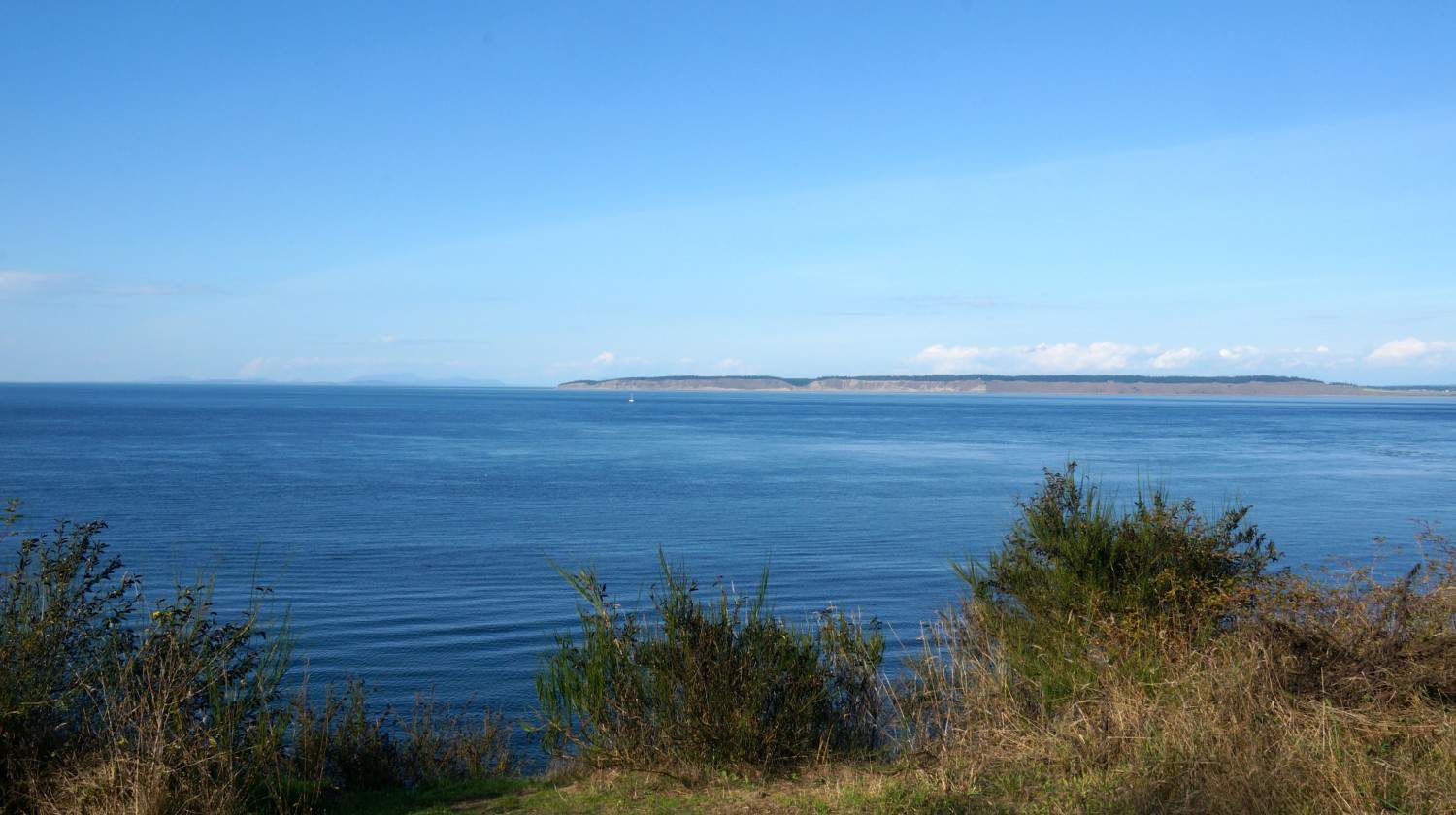 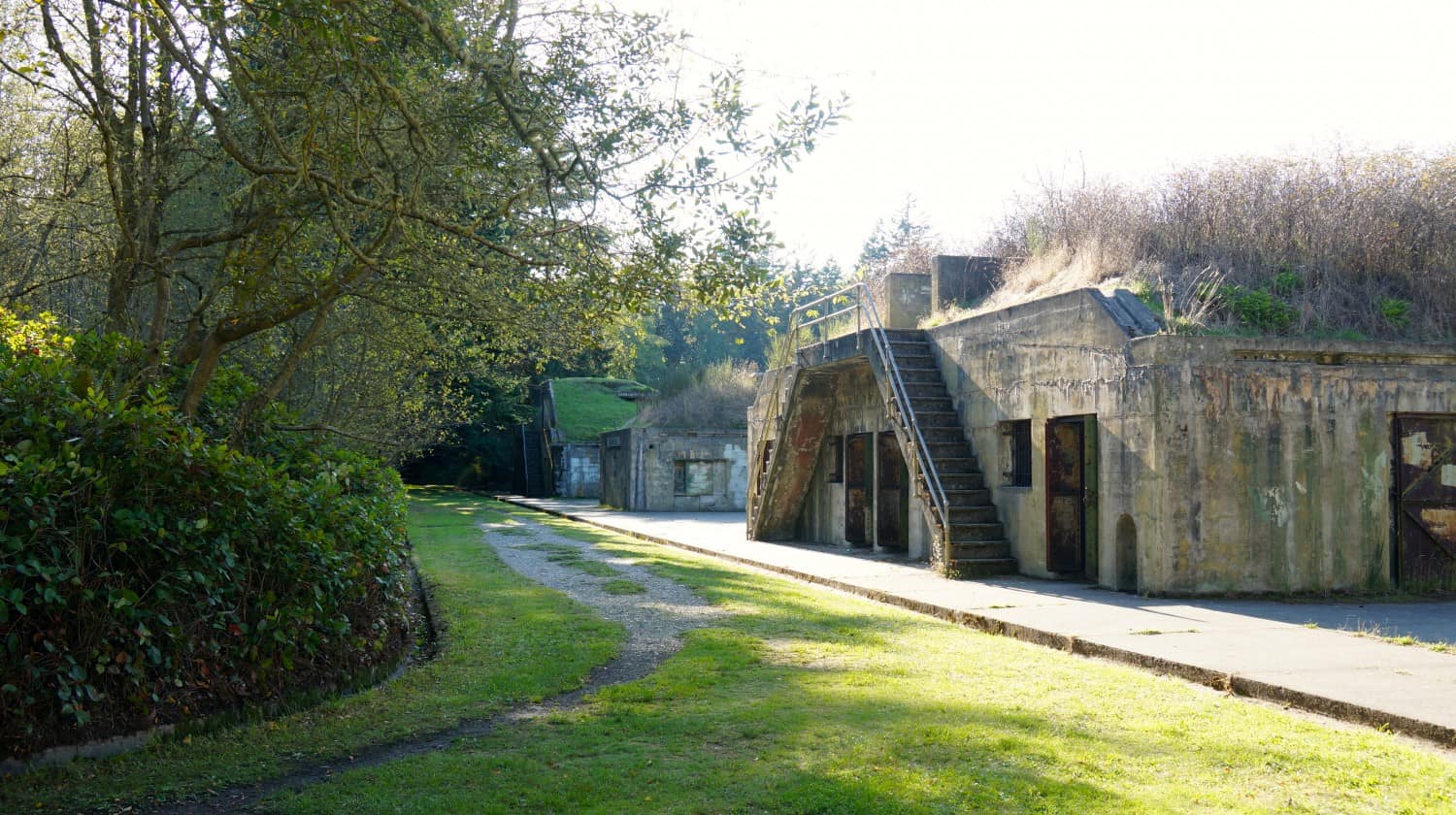 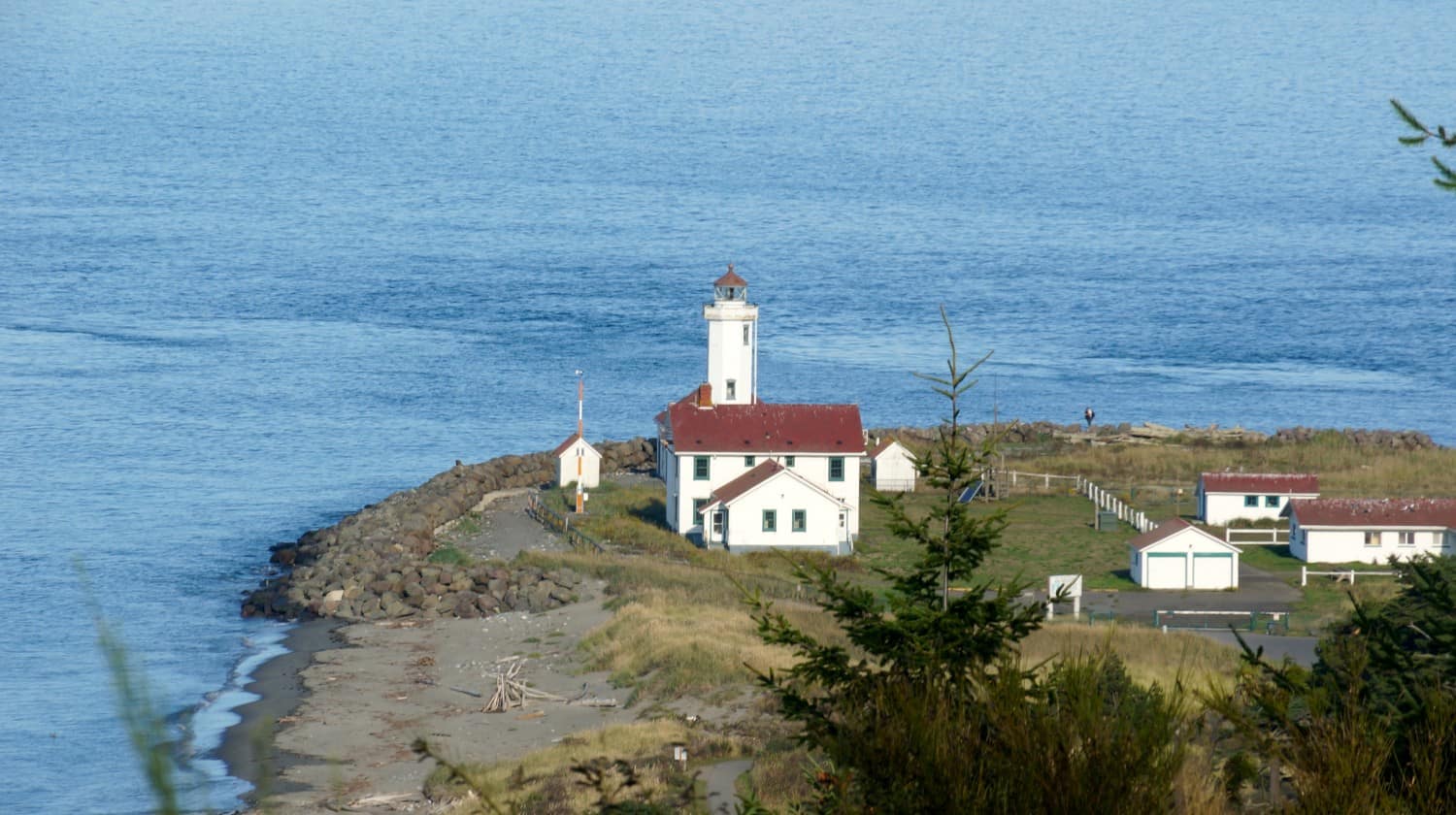 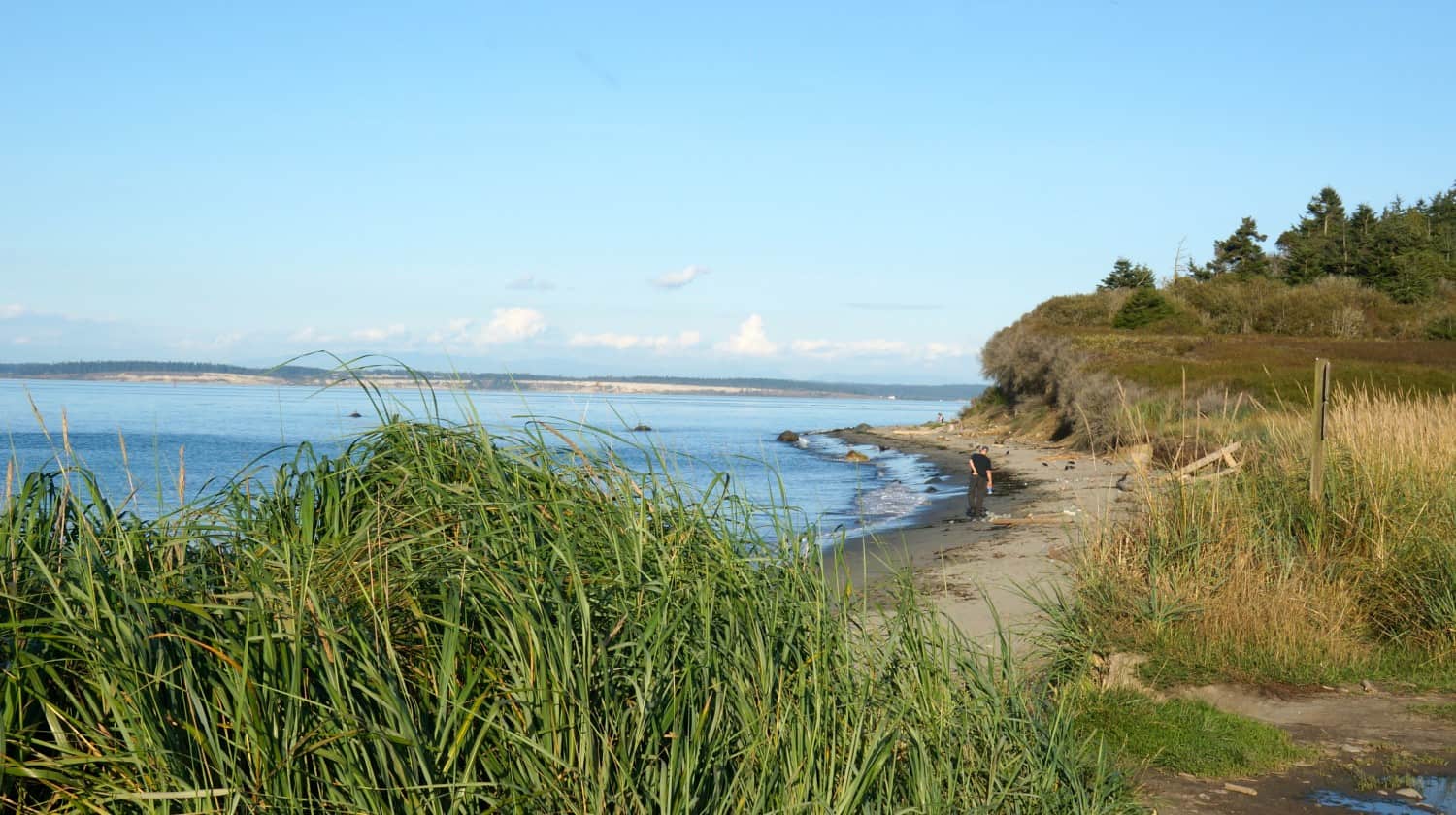 Looking for a cozy getaway? The original barracks, three dozen Victorian house, have been renovated into vacation rentals – some of which are pet friendly! There’s also a 50-site RV park with great views of the Sound. With two miles of sandy beaches, 12 miles of hiking and biking trails, two boat ramps, and a 50-site RV park, this is a spot you’re not going to want to miss. 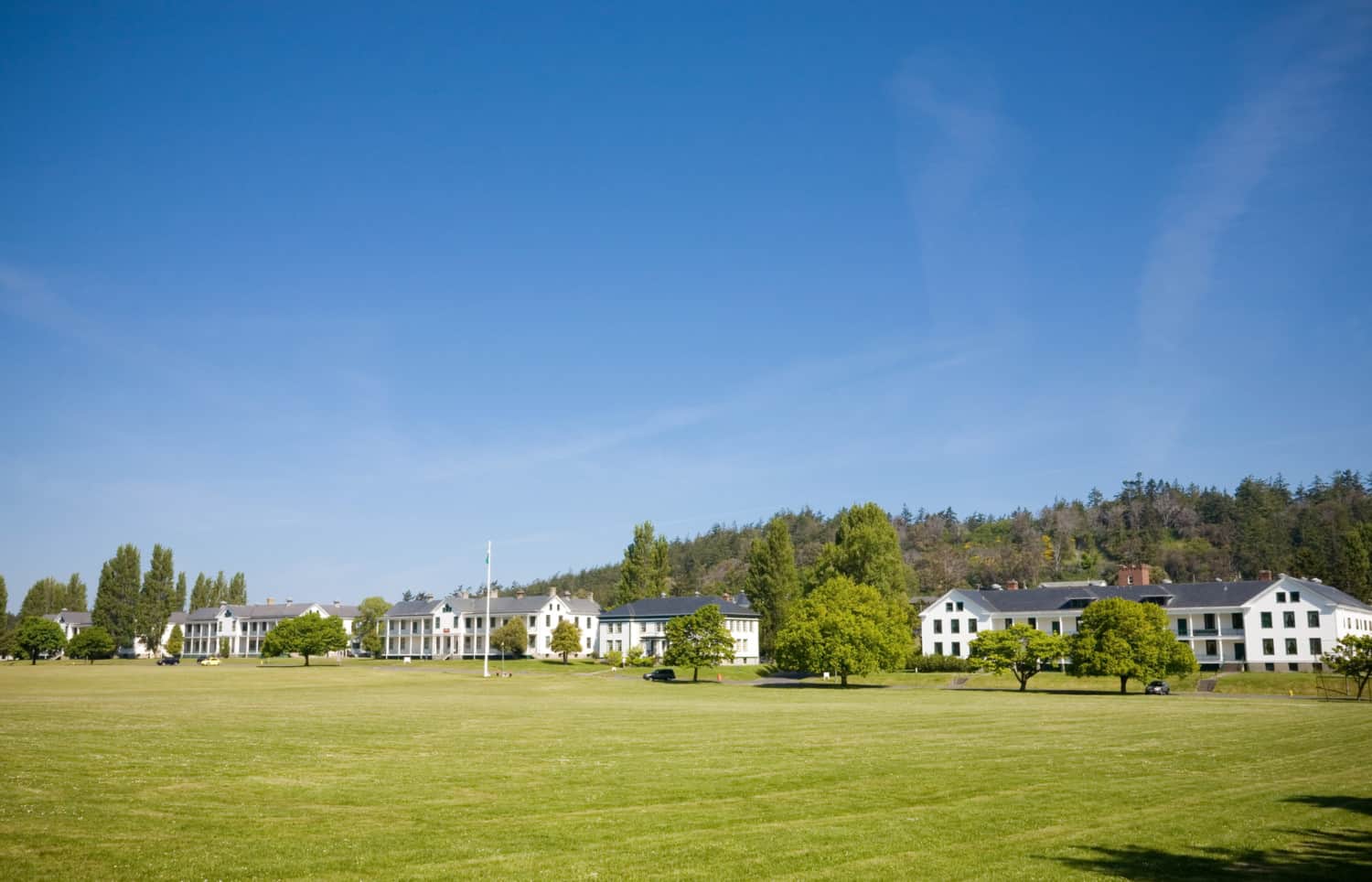 Located on the northeastern tip of the Olympic Peninsula, Port Townsend was founded in 1851 with hopes of becoming the biggest harbor in the northwest. As overseas ships began docking, businesses took off, and Victorian buildings were constructed to house them.

Unfortunately, everything came to a crashing halt when the Great Depression hit and the railroads couldn’t afford to extend their lines across Puget Sound. Much of Port Townsend’s population left, and the buildings were abandoned. Now, after careful restoration, they give the town it’s quaint feel.

Still deep in maritime relevancy, Port Townsend is now a hub for independent boat builders. Walking through the marina to view the vessels docked here is entertaining – even if you know nothing about boats! There were also a few friendly locals that were willing to pose for a photo with Ty and Buster. 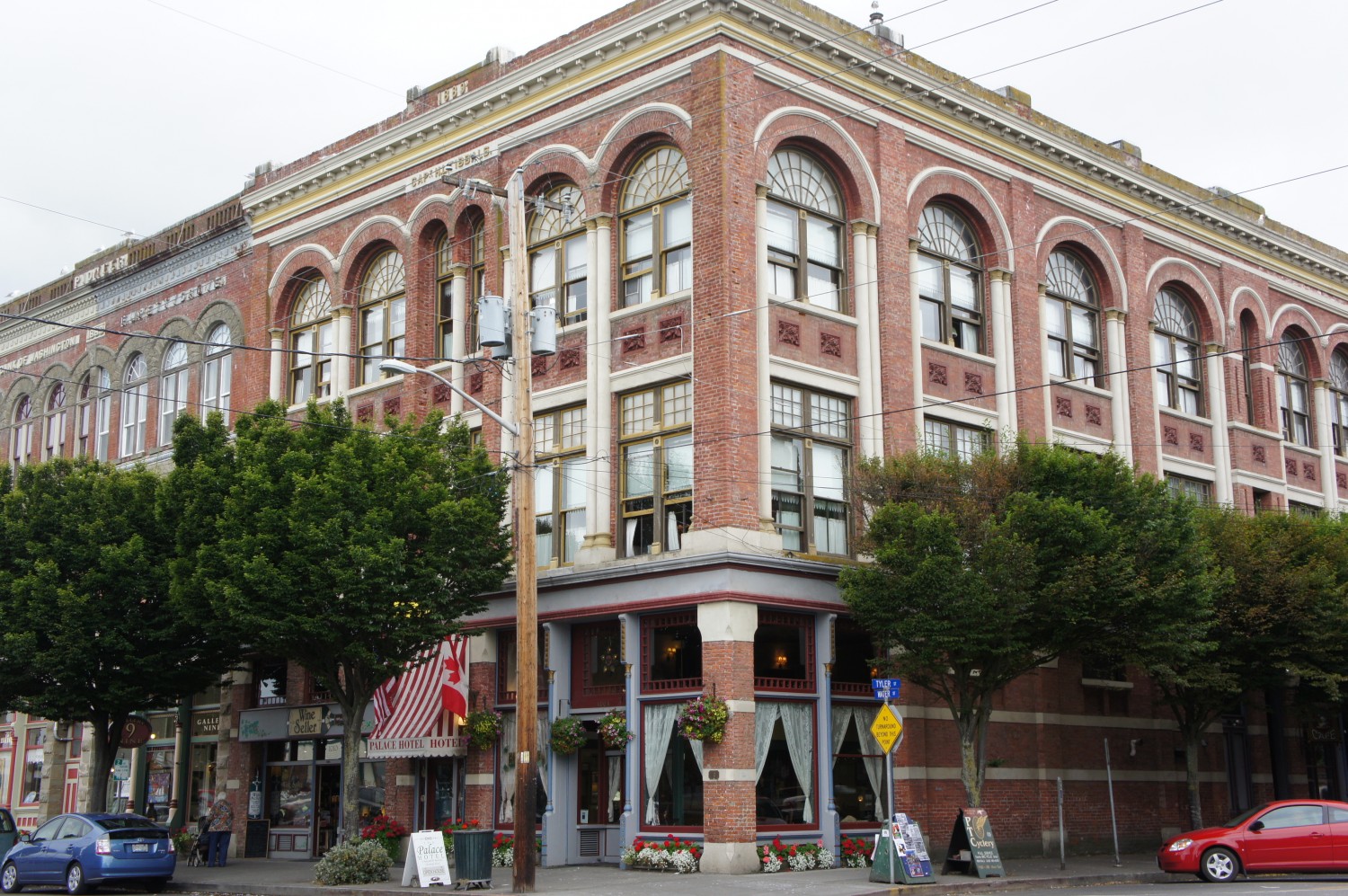 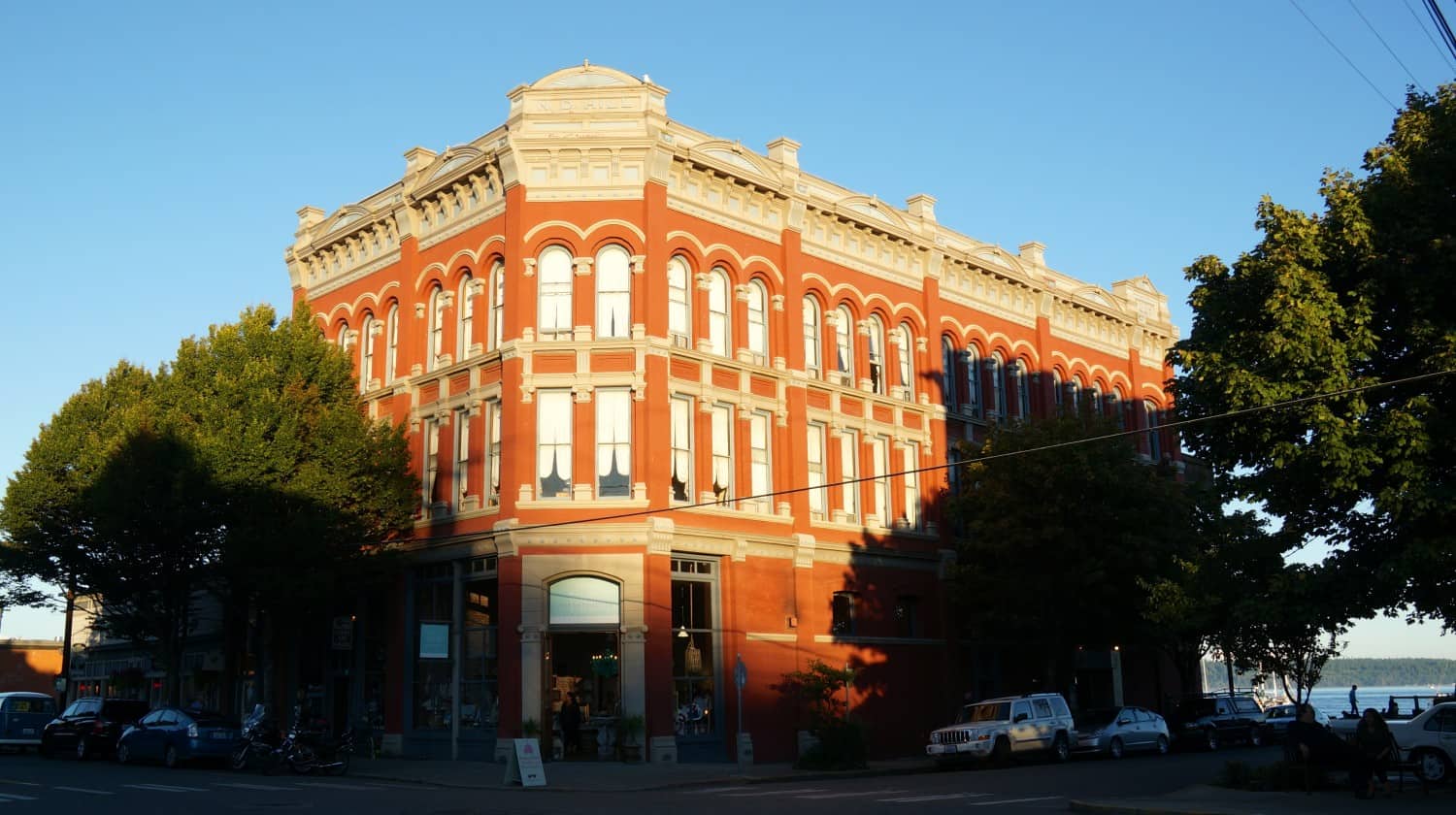 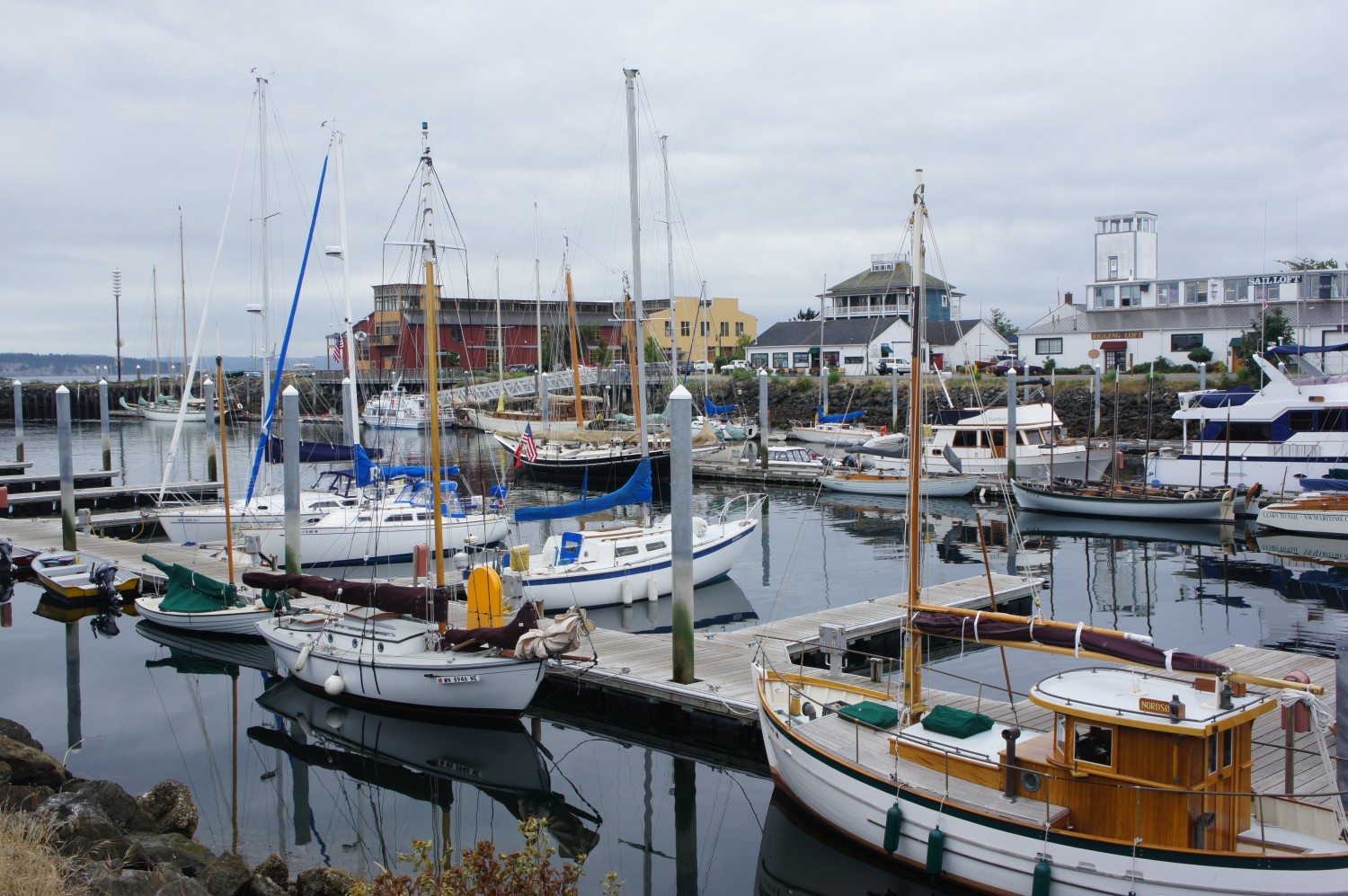 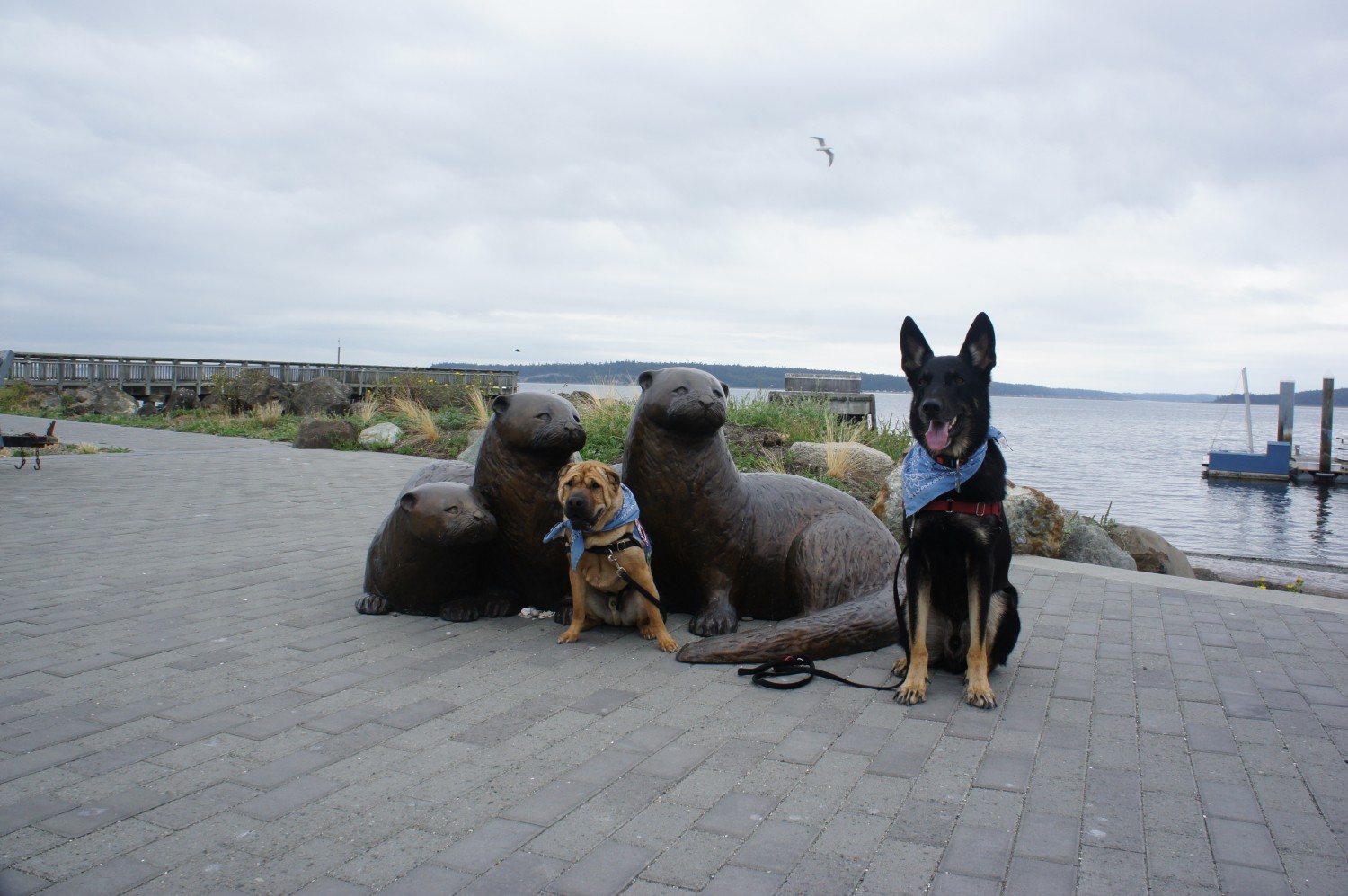 Finding unique, pet friendly restaurants has become a hobby for us, and Port Townsend provided one that was particularly memorable. The Nifty Fifty’s Soda Fountain looks just like you’d imagine a soda fountain would look! And with its dog friendly back deck overlooking the harbor, who could ask for more? 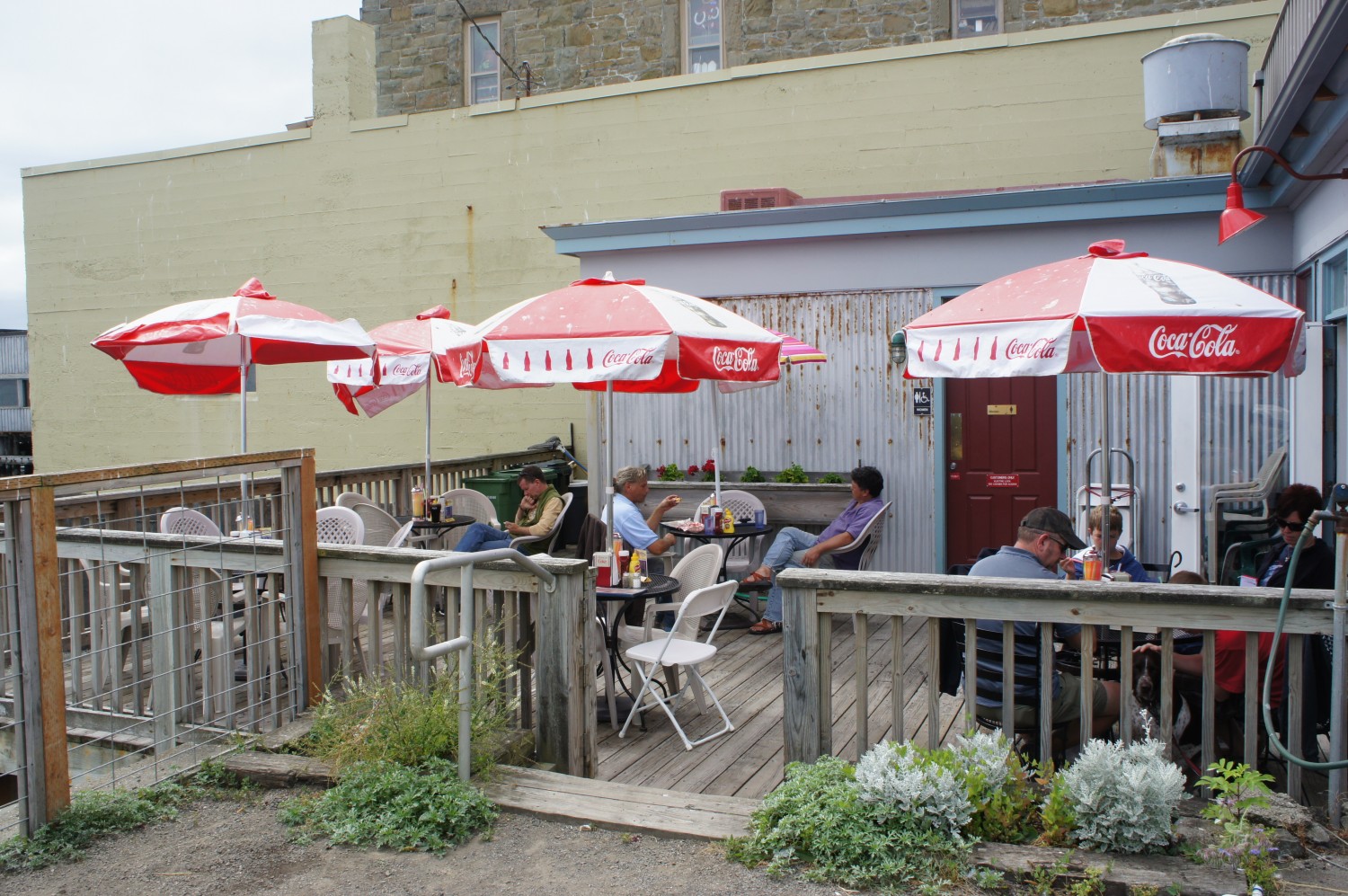 After our day exploring Port Townsend, we were all bushed. 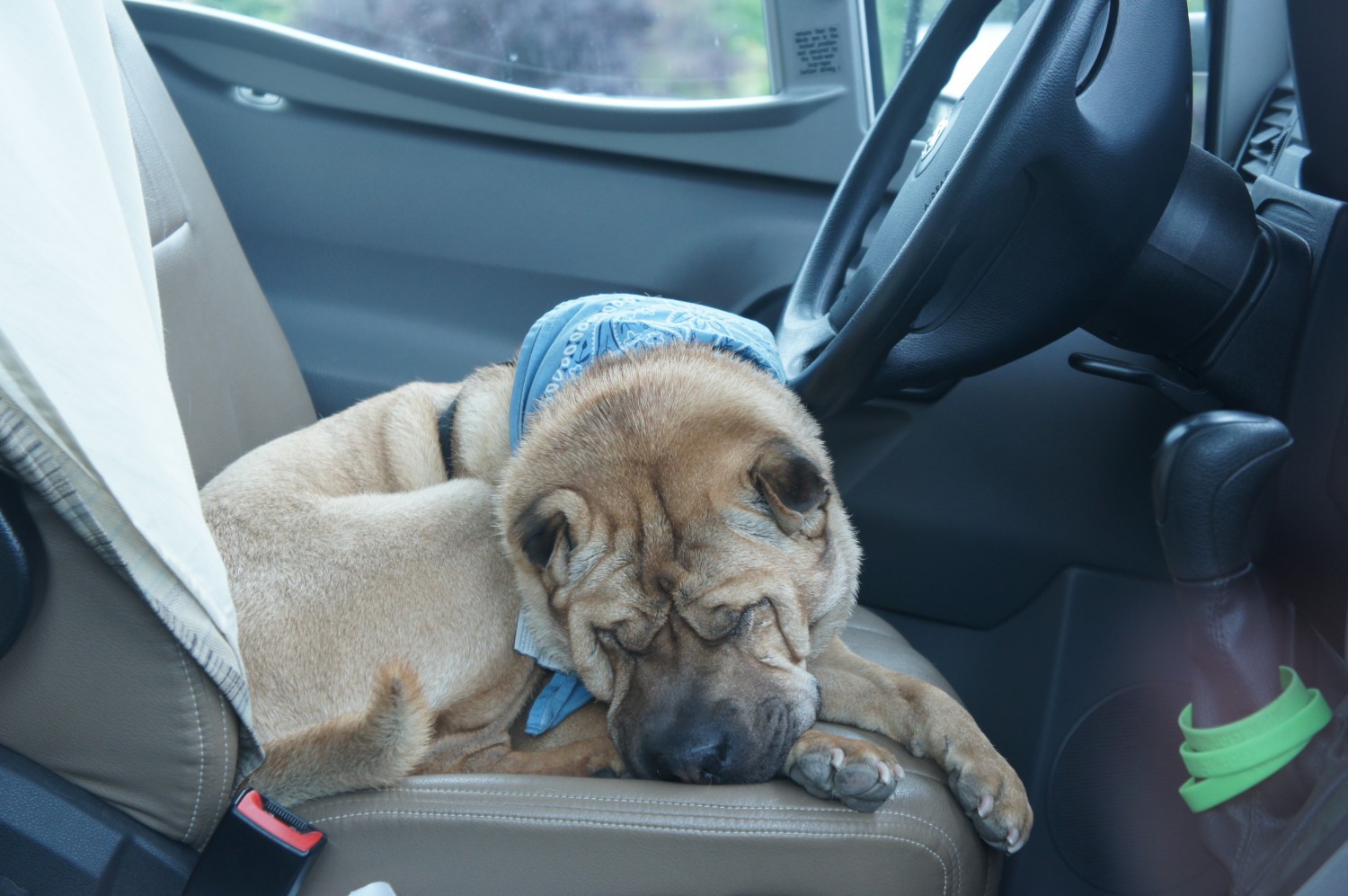 Ride The Ferry to Victoria

From Port Angeles on the northern shore of the Olympic Peninsula, you can a 90-minute ferry to Victoria, British Columbia. Victoria is a gorgeous, walkable city and fun place to explore with your dogs. If you plan to make this trip, be sure to pack your passport and your dog’s vaccination records. 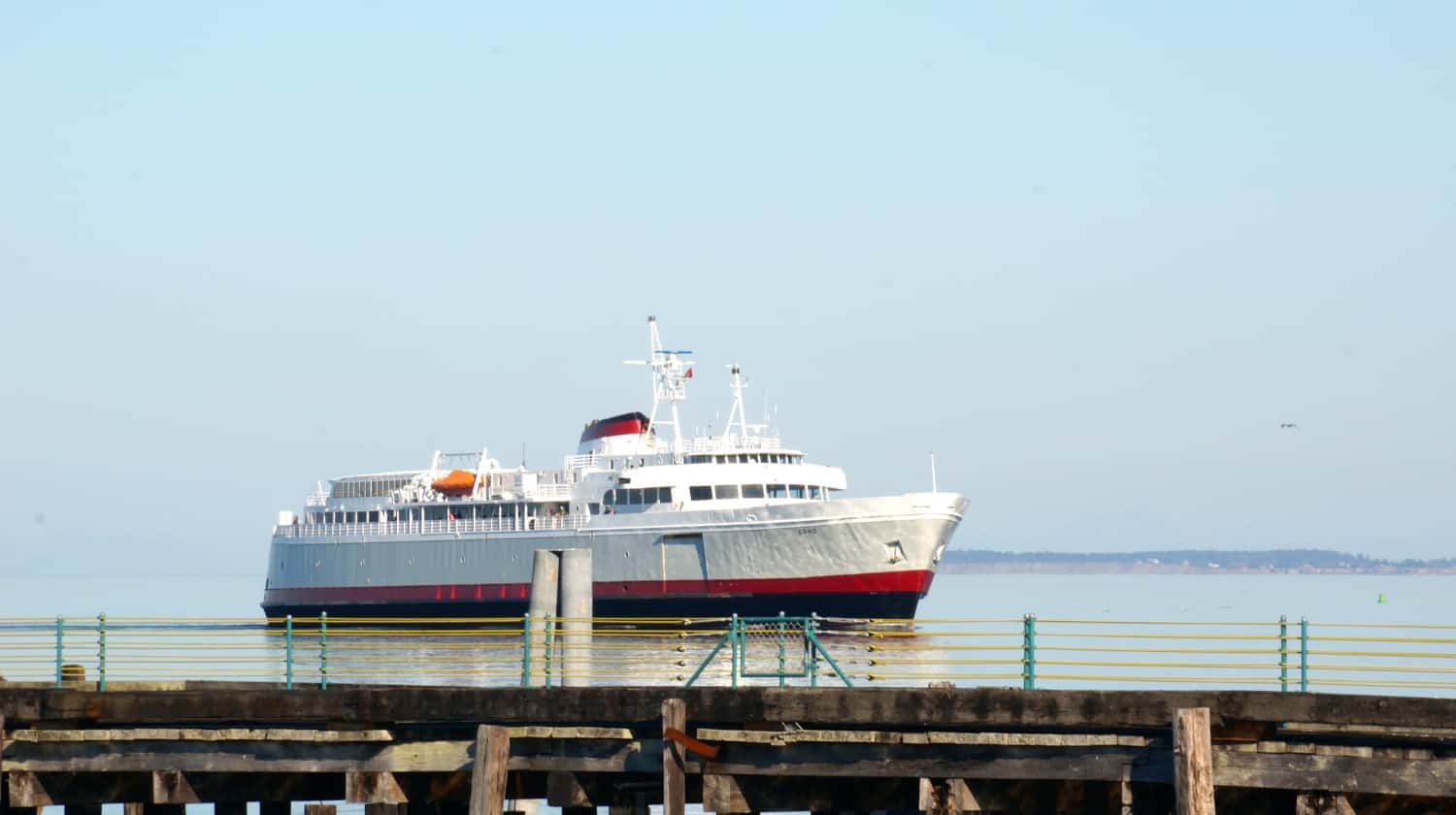 The annual wooden boat festival had Port Townsend booked up, so we found a nice, quiet RV Park just a bit to the south in Port Ludlow. There’s really not much to this little town other than a gas station and post office, but they have some fantastic hiking trails! Pick up the map at the kiosk near the recycling center and don’t miss the paved Timberton Loop trail around the old golf course!

We hope our paws-on-the-ground research of the Olympic Peninsula encourages you to see it for yourself! If you know of other pet friendly things people shouldn’t miss, be sure to leave a comment below.

Dog Friendly Road Trip In British Columbia: Vancouver To Kamloops And Back 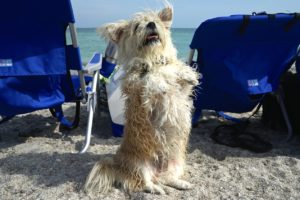