This post is part of a series on The Ultimate Pet Friendly Road Trip, our 10-month, 15,000-mile tour of the top pet friendly attraction in each of the lower 48 states. 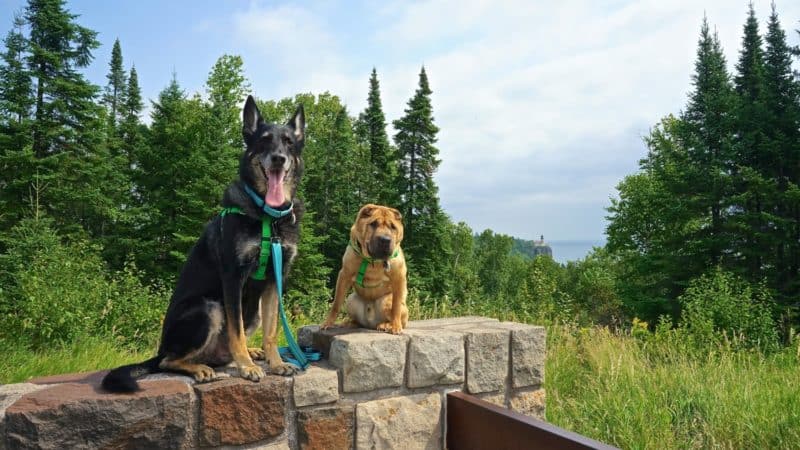 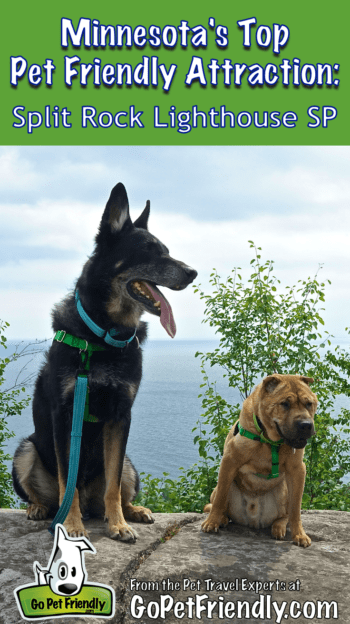 Tragedy was the catalyst that resulted in the building of what is now among the most photographed lighthouses in the United States. In 1905, three violent storms struck Lake Superior, killing 116 sailors, and sinking six ships within a dozen miles of the Split Rock River. The shipping companies lobbied the federal government to expand navigational aids to assist them in crossing the world’s largest freshwater lake – specifically in this area, which they called “the most dangerous piece of water in the world.” In early 1907, Congress appropriated $75,000 for a lighthouse and fog signal at Split Rock, and construction began.

At the time, the only way to reach the 130-foot sheer rock outcropping was by boat, and all construction materials were hauled in by barge and lifted to the top of the cliff with a derrick and a steam-powered hoist. When the light was finally lit on July 31, 1910, and the three light keepers arrived at their station, this was a remote and desolate place, constantly buffeted by Lake Superior’s winds.

But it’s dramatic location soon began drawing sailors and excursion boats to Split Rock, and in 1924 the North Shore Highway was extended to allow access to the lighthouse by land. Additional staff had to be added to accommodate tours, and by the 1930s, Split Rock was a popular tourist attraction. In 1945, the State of Minnesota created a 35-acre wayside to provide views of the lighthouse from the highway, and that original preserve eventually became the 2,200-acre Split Rock Lighthouse State Park, protecting approximately four miles of shoreline.

In 1969, the light was retired and became part of Split Rock Lighthouse State Park. The lighthouse and site, including the original tower and lens, the fog signal building, the oil house, and the three keepers’ houses are operated by the Minnesota Historical Society and have been restored to appear as they did in the late 1920s. Notwithstanding its retirement, the lighthouse emits a light every November 10th, in memory of the SS Edmund Fitzgerald, which sank on that date in 1975. 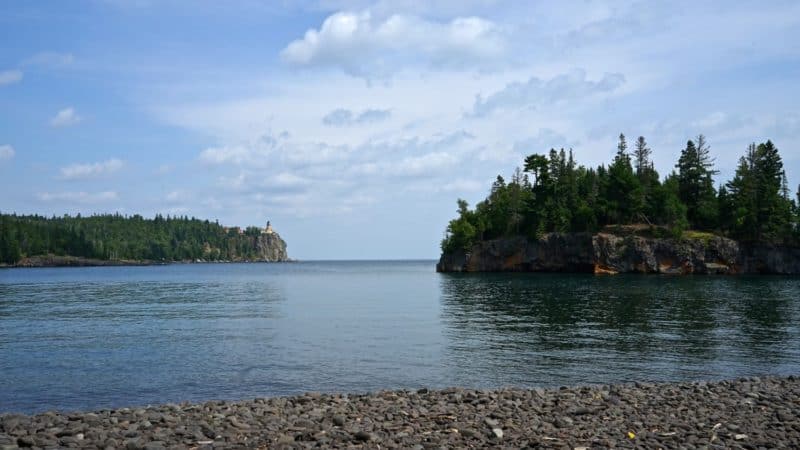 The area managed by the Minnesota Historical Society, including the lighthouse and the surrounding grounds, does not allow pets. In that section of the park, pets are only allowed in the wooded median between the parking lots. 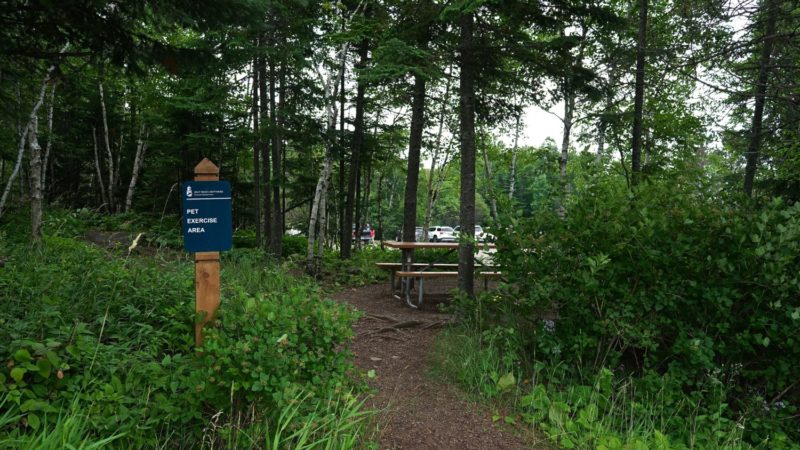 That doesn’t mean there’s not plenty to do with your pets here, however! There are 14.5 miles of trails for hiking, biking, and cross-country skiing. They have a unique little 20-site campground where tenters leave their cars in the lot and use the provided carts to transport their gear. There are picnic areas, a kayak and canoe launch, and miles of shoreline to fish for lake trout, salmon, and brown trout.

We decided it would be fun to collect as many different views of the Lighthouse as we could from the hiking trails in the park, and started out on the Day Hill Trail. We were puffing when we go to the top of this 1.5-mile loop, but we managed with Ty’s stroller, and the views at the top were absolutely worth the effort! 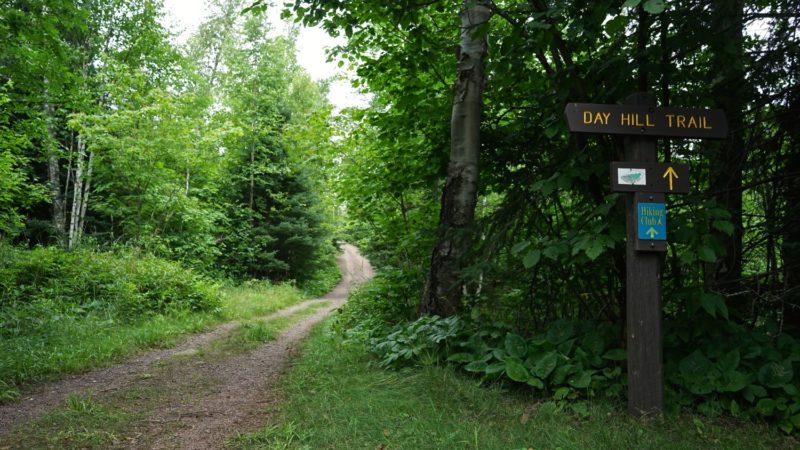 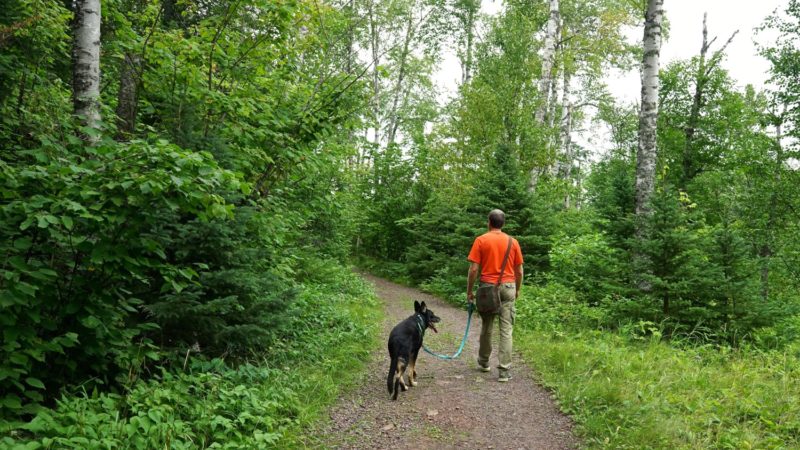 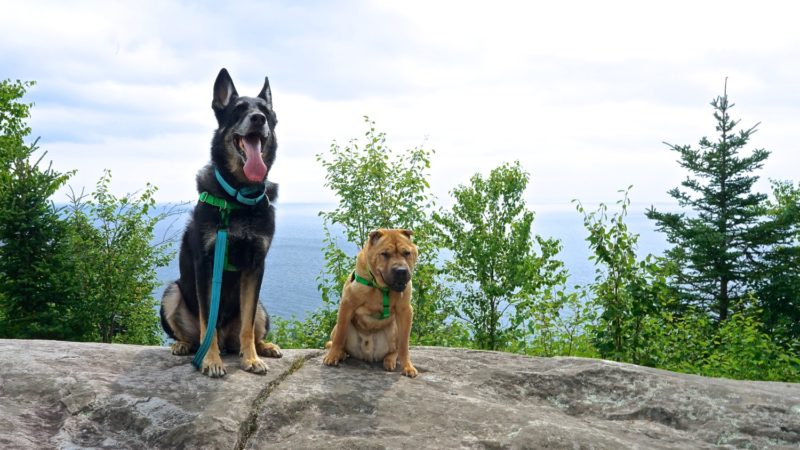 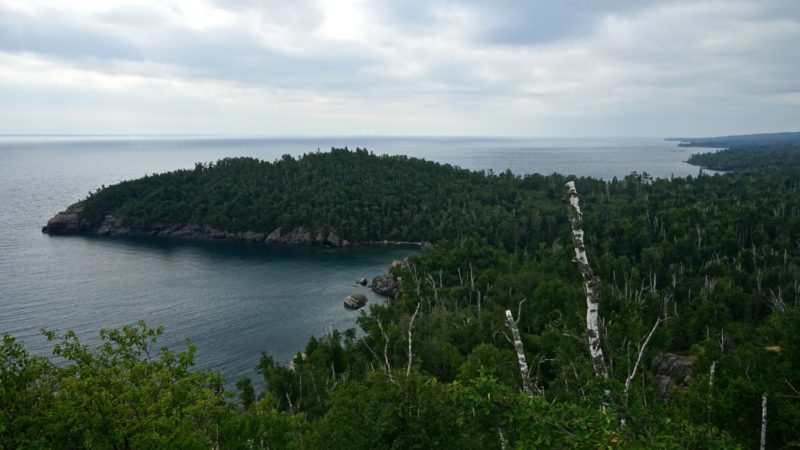 There’s a beautiful fireplace at the very top, and legend says it was built here by Frank Day around 1900. The tale goes that he was attempting to woo his sweetheart with the promise of the rest of the house to follow. When she didn’t return his feelings, the site was abandoned. From this point you can just make out the Lighthouse in the distance. 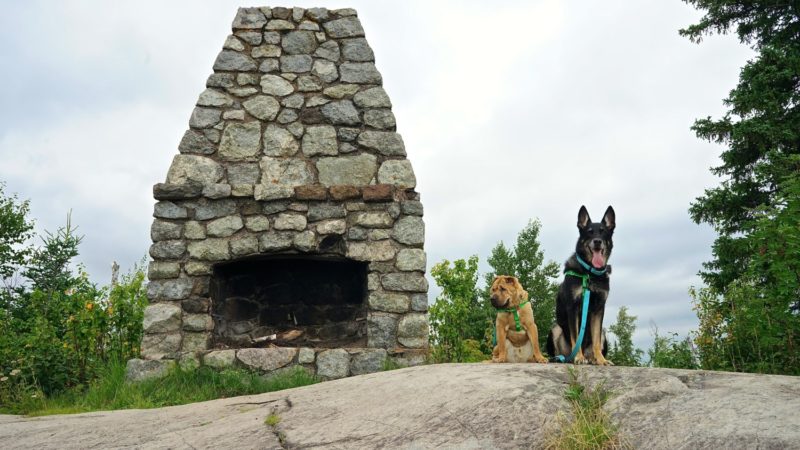 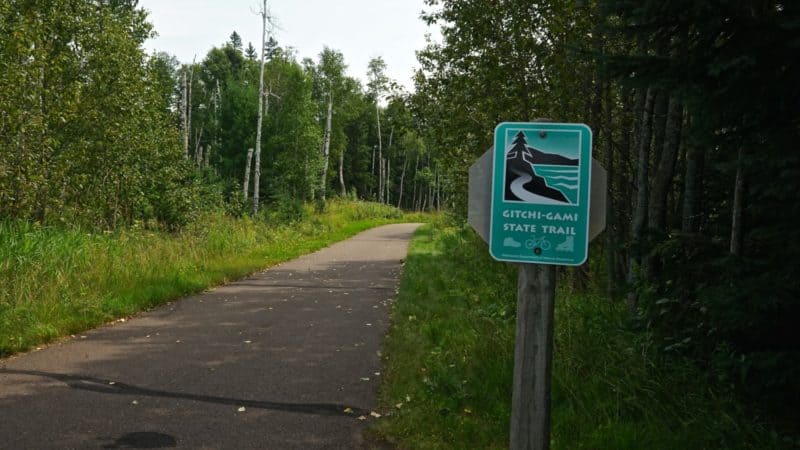 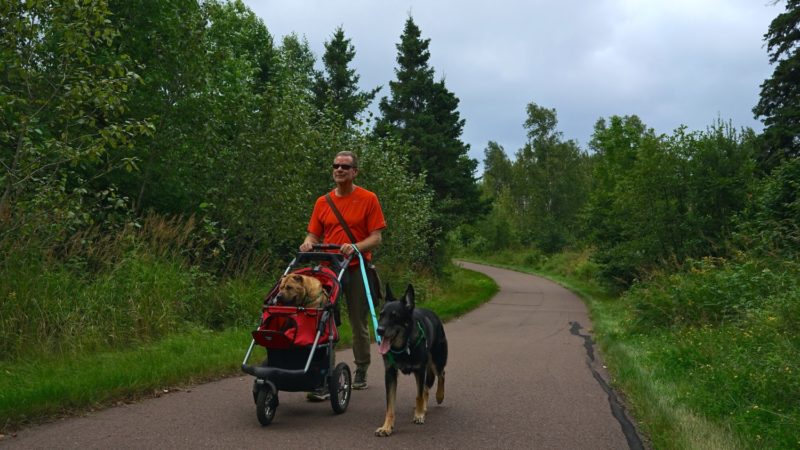 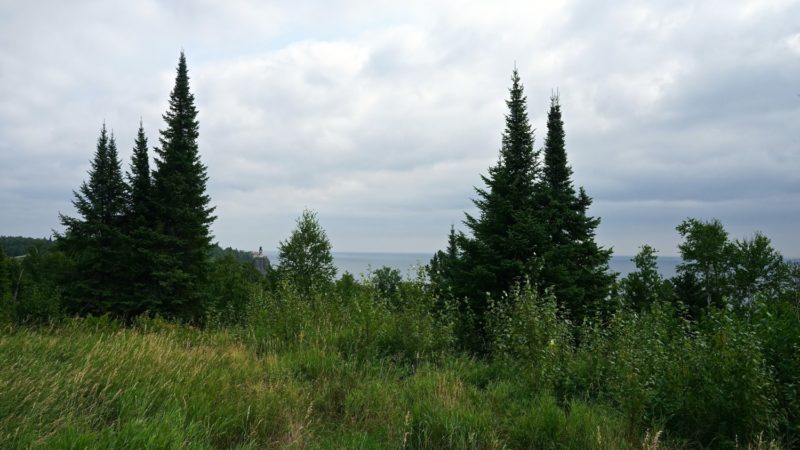 Continuing on brought us back to the Trail Center, where you’ll find lovely picnic areas – complete with fire pits and grills! We popped down to the lakeshore for another amazing shot of the Lighthouse, before following the Little Two Harbors Trail to Pebble Beach. Settling in with our picnic amongst the stones, we had a view that couldn’t be beat! 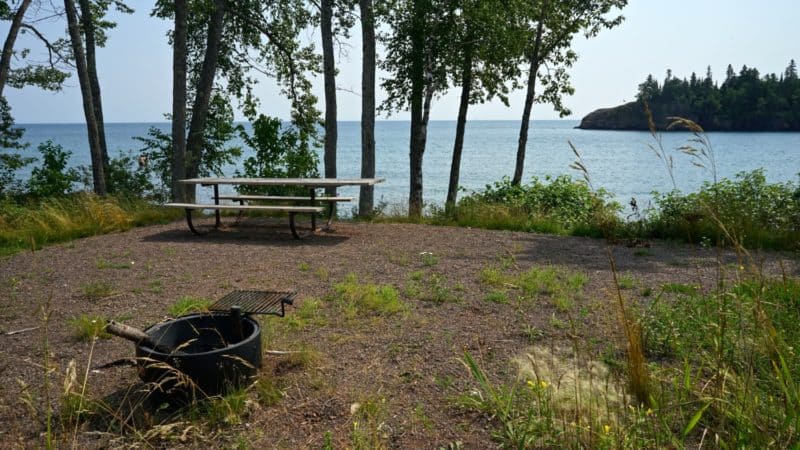 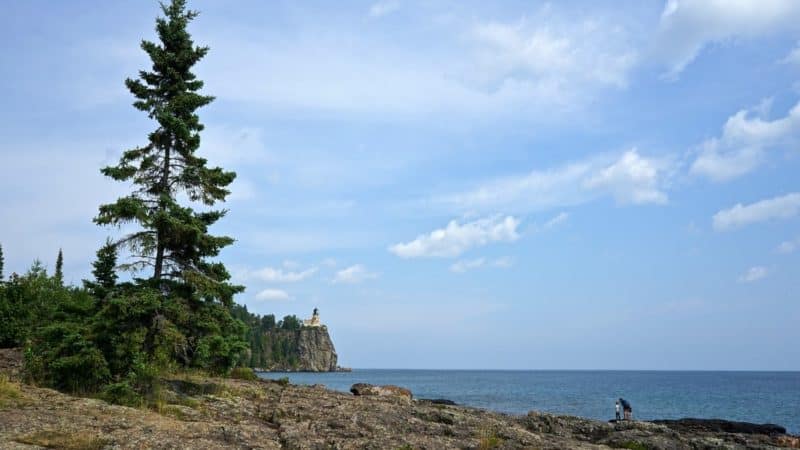 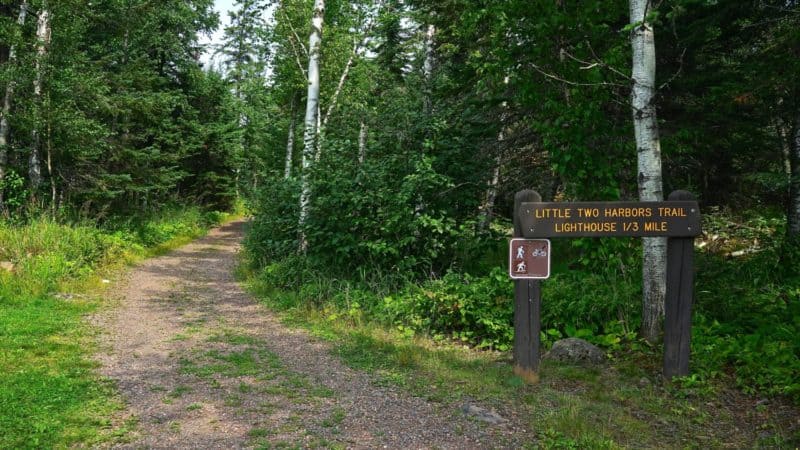 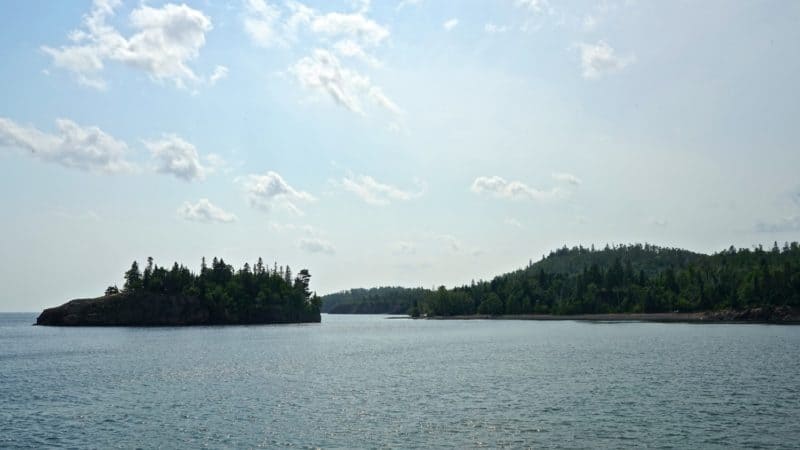 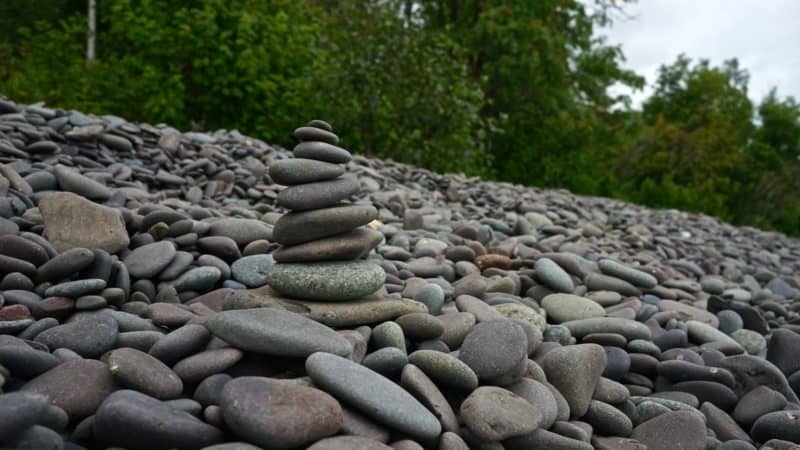 We had an absolutely perfect day for our dog friendly meet up and fundraising event with Animal Allies Humane Society and Tito’s Handmade Vodka at Little Angie’s Cantina and Grill! Canal Park was hopping, and everyone had a terrific time. 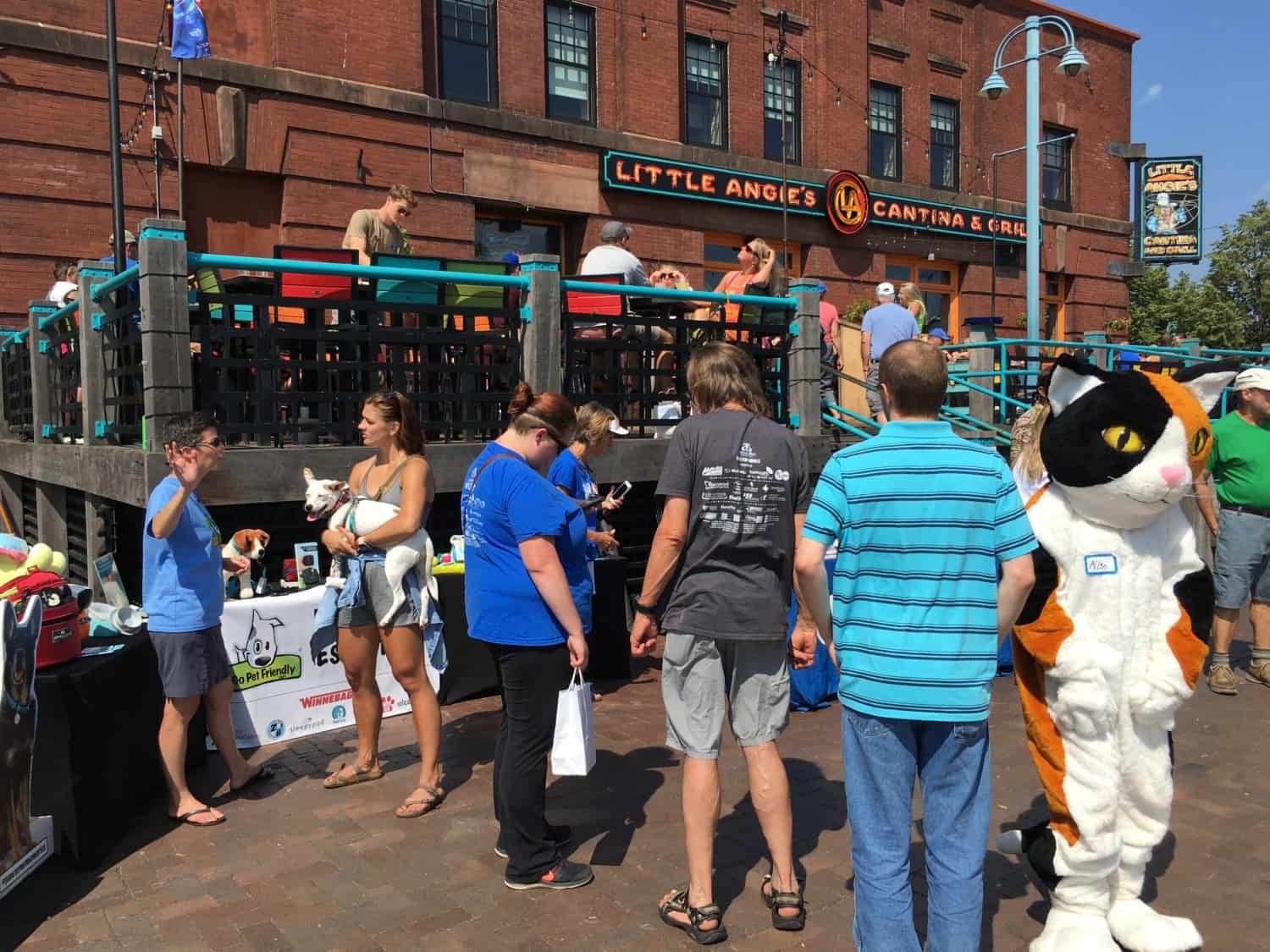 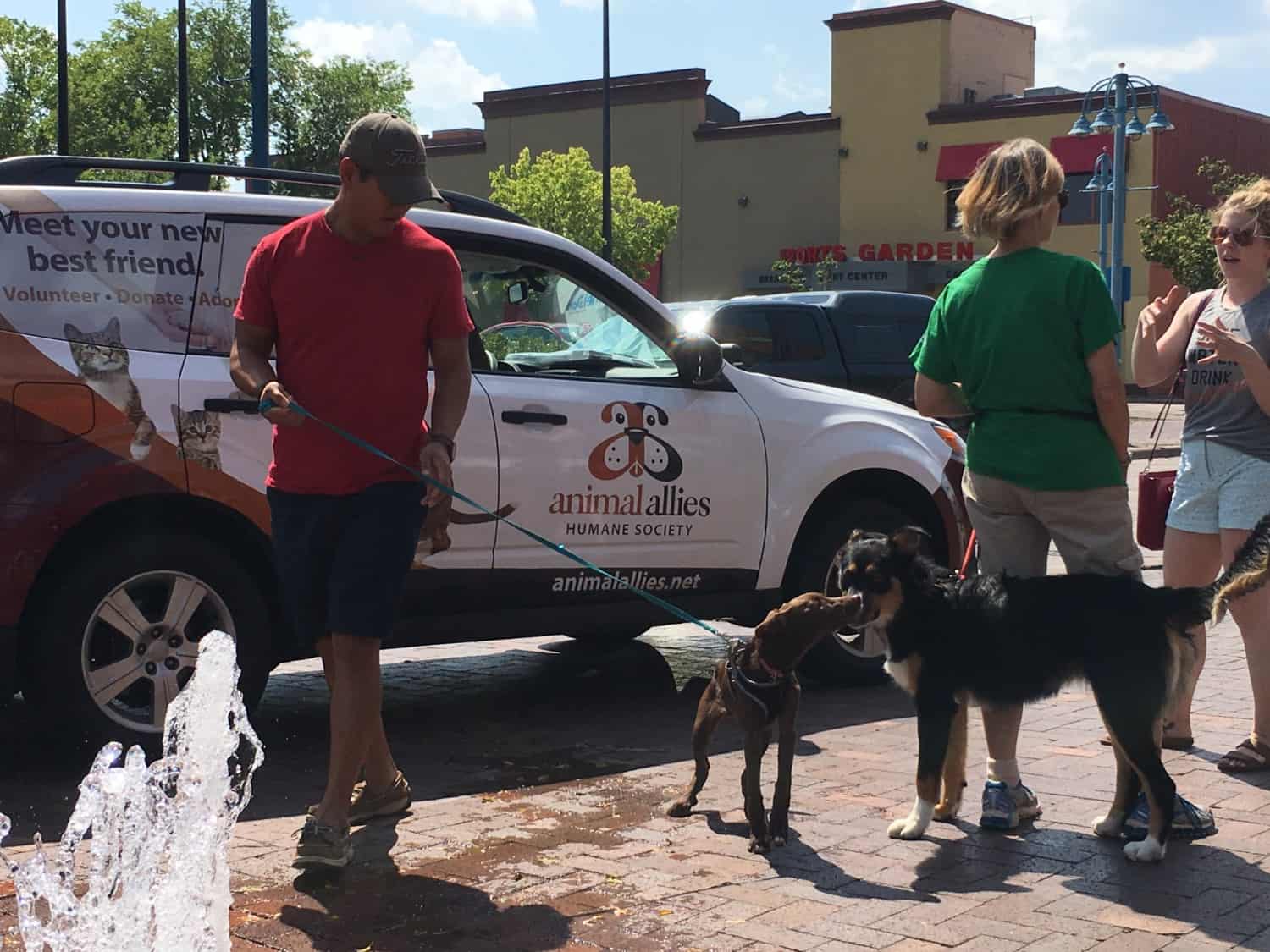 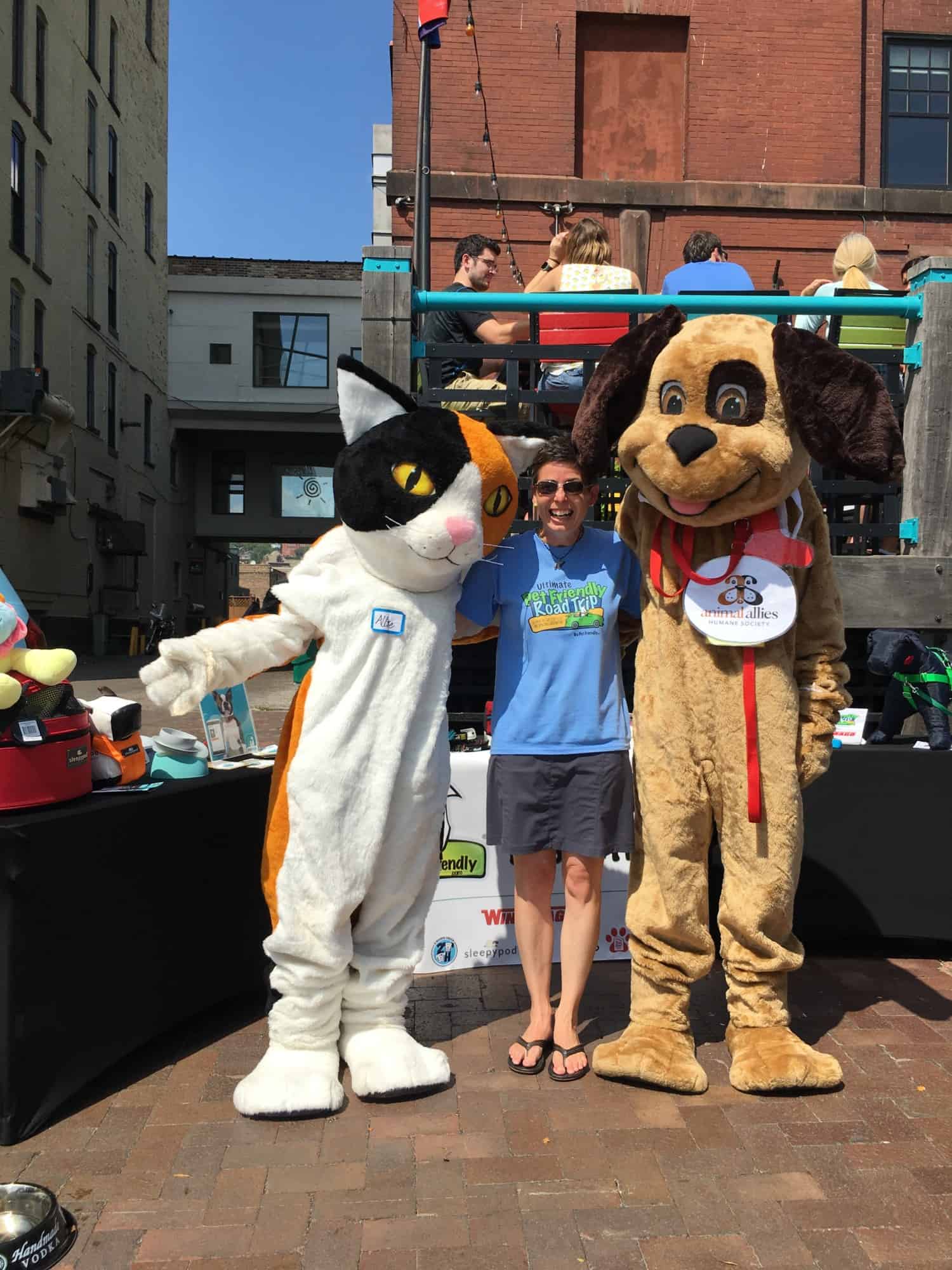 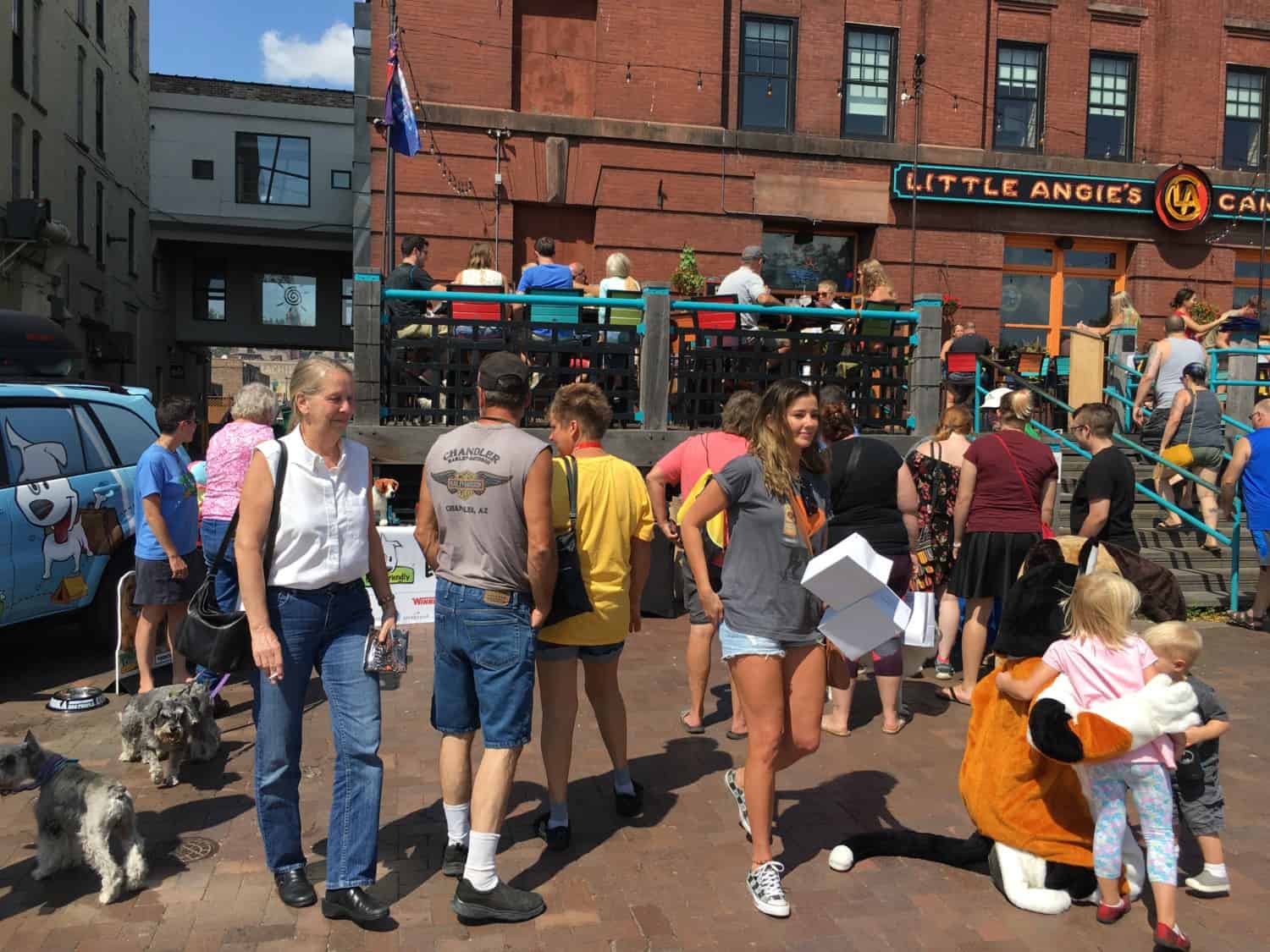 Thank You to our Sponsors

Visiting these attractions with Ty and Buster is a dream come true. We’ll be blogging about each one as we go along, so fasten your seatbelt and stay tuned!

The Ultimate Pet Friendly Road Trip wouldn’t be possible without the support of our wonderful sponsors: Winnebago, 2 Hounds Design, Alcott, goDog®, PetGuide.com, Red Roof Inns, Sleepypod, The Bark, PetHub, RVPetSafety.com, and The Honest Kitchen. Please be sure to visit their websites and social media pages and thank them for their participation!

How To Visit Yellowstone With Pets