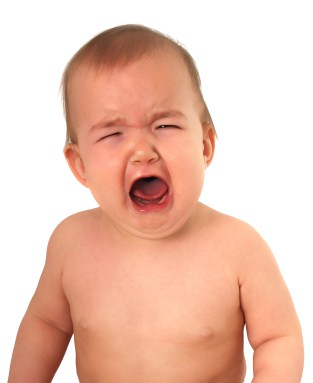 Those of you with kids will sympathize … you know when you take a baby somewhere with a lot going on and she is mesmerized by everything around her? And then you take her home, way past her bedtime, and rather than crashing she cries … and cries … and cries some more? Overstimulation. The same thing happens with dogs – it’s one of the unspoken hazards of pet travel.

We’ve noticed that when the dogs are away from their home, their schedule, and their normal stomping grounds, it’s easy for them to get overstimulated. It’s not rocket science – for a moment imagine you’re driven by your sense of smell and that your nose is thousands of times more sensitive to scents around you. You’ve grown accustomed to the aromas of your home, and (to some extent) your neighborhood – but visit a different city, stay in a hotel or friends’ home, walk routes you’ve never tread before, and you’d be blasted with enough new odors to blow your mind.

Overstimulation: How It Looks In Real Life

On Friday we left the Winnebago in Austin, loaded the dogs into the RAV4, and headed down to San Antonio for the weekend. We made several stops along the way, giving the boys a chance to stretch their legs and sniff the sites, and made it to our hotel just in time to feed Buster and Ty their dinner.

After a long day on the road, you’d expect them to be tired (and, let’s face it … Ty was. He’s always been a good sleeper.) but Buster was all keyed up! He sniffed the entire room. Several times. Checked out the sofa. Inspected the bed. Charged up and down the hallway from the bathroom to the living room and back. Admired the view from the balcony. Got a drink from the toilet. *I didn’t get there in time to stop him!* It took Buster about an hour to relax enough that he could lay down, but every time Rod or I moved, he was up again to see what we were doing.

Saturday was gorgeous, and Rod and I were looking forward to spending the whole day exploring the city. Armed with our maps, camera, and sunscreen we took off on our adventure. The boys were understandably drawn to every bush, tree, and patch of grass we came upon, so we waited for them to satisfy themselves with the particulars of every dog who’d passed this way. After all, they were on vacation, too!

After a couple of hours we noticed the dogs were both pulling on their leashes, neither was even registering our “heel” requests, and both had stopped exploring their surroundings. Treats could not even capture their interest. They’d reached the point of maximum saturation. They needed a break. We beat it back to the hotel and decompressed – for all our sakes.

Buster is our sensitive boy, and we could see how just putting him in a different environment at the hotel was enough to fire him up. Ty is more resilient (or oblivious), but even he’s affected after a few hours scouting a new place. We had a good laugh about the time we walked the Rim Trail at the Grand Canyon and Ty was barreling through people on this way back to the Winnebago. It was clear he’d had enough!

Depending on how much you travel with your pets, their personalities, and the level of animation of the place you’re visiting, your pets could also become overstimulated when you travel.

The good news is, overstimulation is not a fatal condition … you can still take your pets along for the ride! Here are a few tips to help your pets go with the flow.

Walking a dog whose overwhelmed by his surroundings isn’t fun for anyone. But, with a little care you can make sure you all have a good time on your next pet friendly vacation!

Has your dog experienced overstimulation? What brought it on?