The wild, wind-swept beaches of Assateague Island stretch for 37 miles along the east coast of the United States, forming a barrier between the Delmarva peninsula and the Atlantic Ocean. Bisected by the Maryland-Virginia state line, there is no road running the length of Assateague. So traveling from the northern access near Ocean City, Maryland to the southern access in Virginia requires a 50-mile drive through mainland countryside. 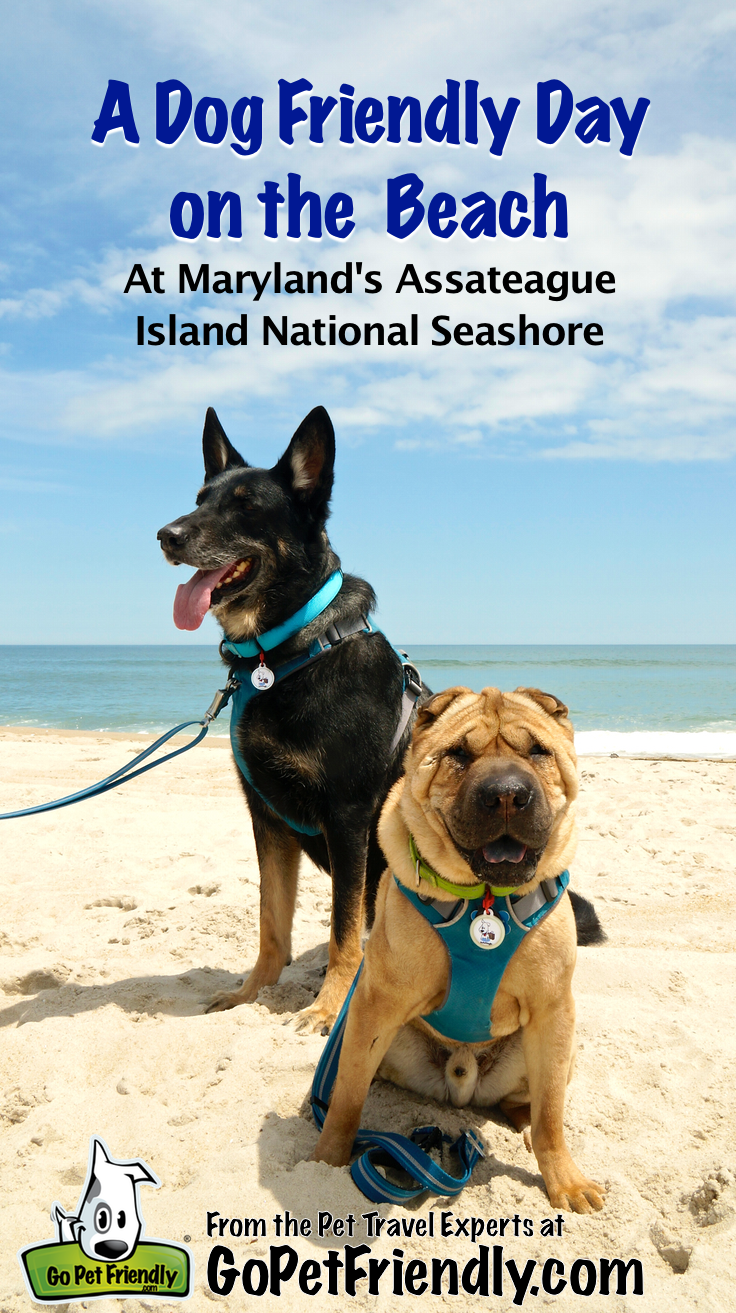 Virginia claims the southern third of the island, home to the Assateague Lighthouse and the Chincoteague National Wildlife Refuge where pets are prohibited – even inside your vehicle. We focused our attention on Maryland’s northern two-thirds of the island, where you’ll find the majority of the Assateague Island National Seashore and Assateague State Park. In an interesting twist, the national park here is actually more pet friendly than the state park!

The State Park allows leashed pets in the marina area to board vessels, in camp loop J and the adjoining beach, and in the day use areas of the park from October 1st – April 30th. 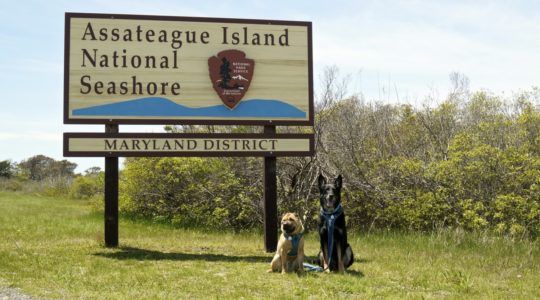 Assateague Island is probably best known for its herd of wild horses or “ponies” as many people call them. While they’re smaller than than you might expect, these horses are tough and should be viewed from a distance – especially if you have your dog along! Descended from the domesticated horses that were introduced to the island in the late 17th century, the herd is feral and could bite or kick if approached. 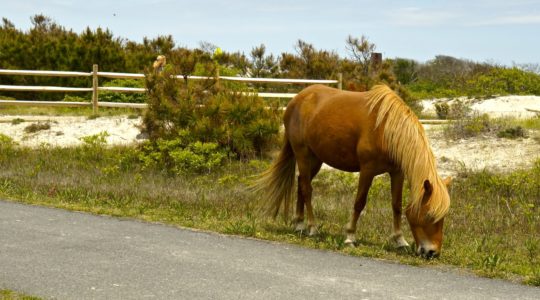 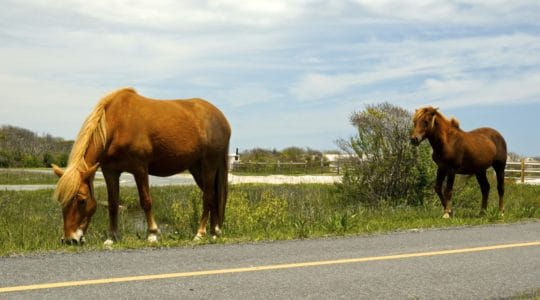 It’s also very important not to feed the horses. This herd has evolved to survive on the sparse supply of scraggly vegetation found on the island, and animals that are fed during the tourist season have a hard time adjusting back to their normal diet when the crowds disappear. In a severe winter, that could lead to disaster.

Finding the wild ponies is generally pretty easy – the Maryland and Virginia herds each number about 150 horses, and they are kept separate by a fence. The horses tend to hang out in small groups around the parking lots, mosey along the trails and roadways where they’re easy to spot, and enjoy long walks on the beach where they check picnic baskets along the way. You can also stop in at the Assateague Island Visitor Center for a “horse report” just before crossing the Verrazano Bridge into the park. 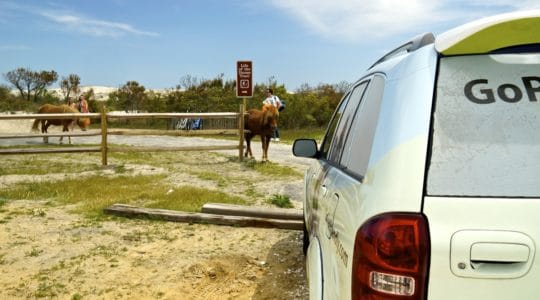 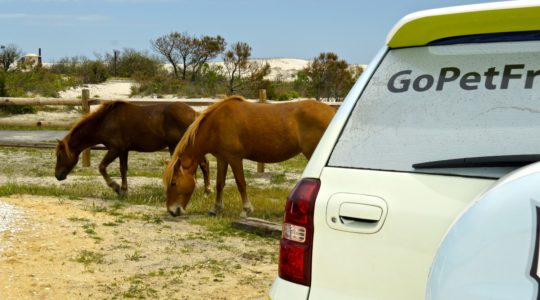 An Afternoon on the Sand

The beach at Assateague is sumptuous, deep, and thinly populated once you move away from the parking areas. We saw people fishing, napping, cooking out, and warming up by fires after surfing. If you’d like to take your vehicle on the beach, that’s allowed south of South Ocean Beach. You’ll just need to stop in the visitor center to get a Over Sand Vehicle (OSV) permit. 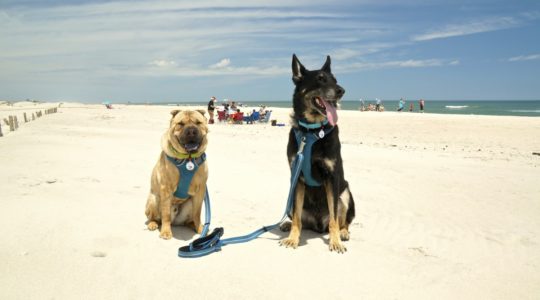 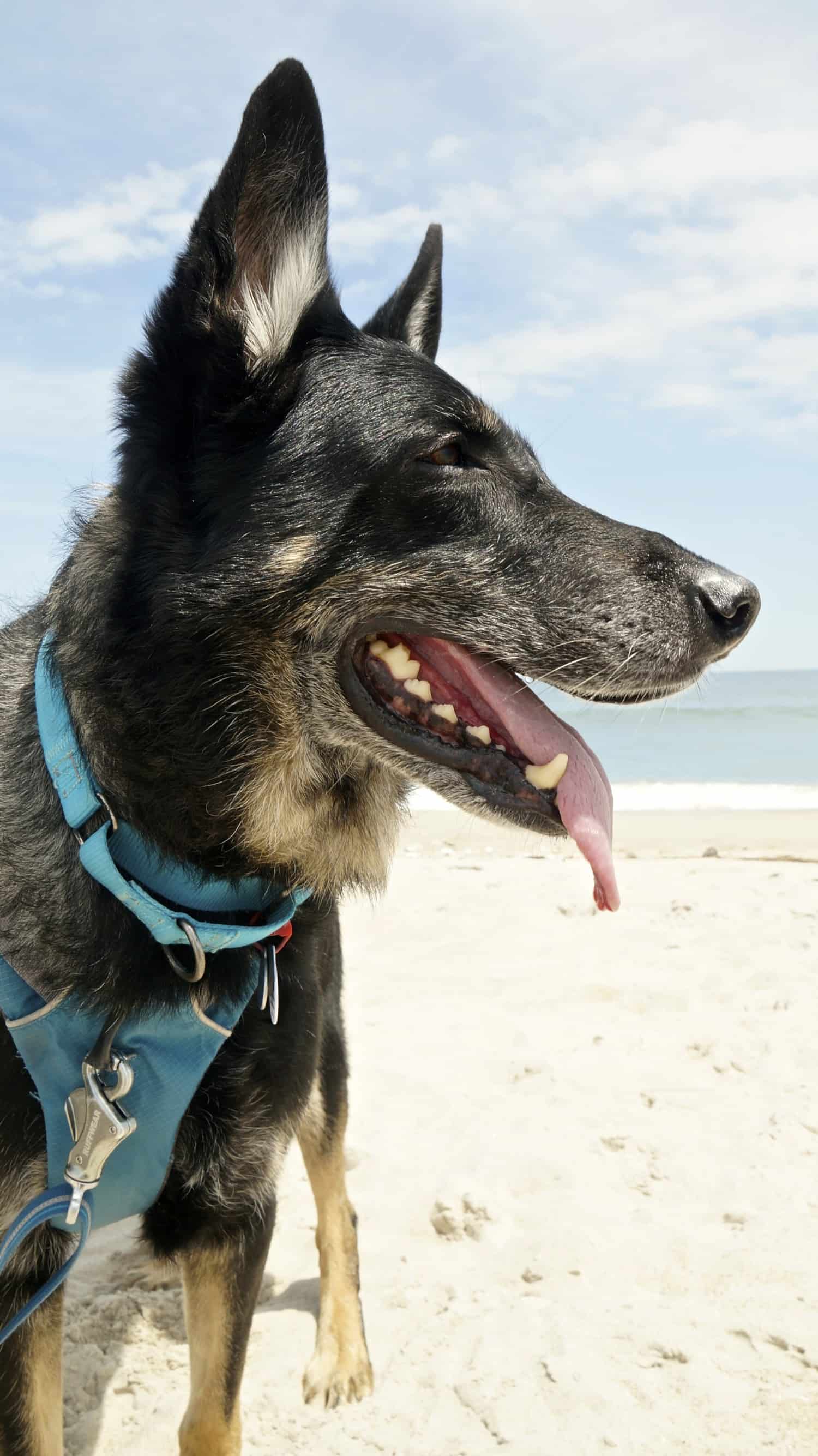 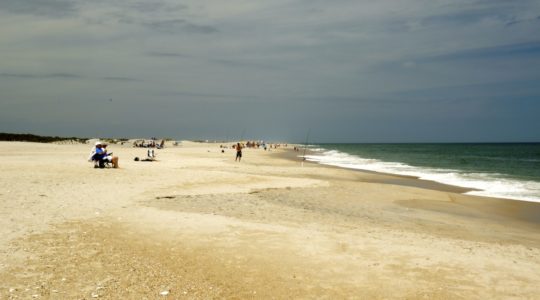 Named the 2014 Coolest Small Town in America by Budget Travel, the village of Berlin has a long and interesting history. What’s now the town’s main street was originally a path used by the Assateague and Pocomoke Indians, and then became the Philadelphia Post Road – the main route connecting centers of commerce to the north and west in colonial times.

Today the city is a showcase of two centuries of architecture, with many buildings listed on the National Register of Historic Places. The old commercial buildings that line Main Street now house art galleries, antique shops, boutiques, and some fantastic eateries. We chose the cozy back patio at Blacksmith – the staff couldn’t have been nicer about the boys joining us, and the food was delicious!

Top Pet Friendly Things To Do in Charleston